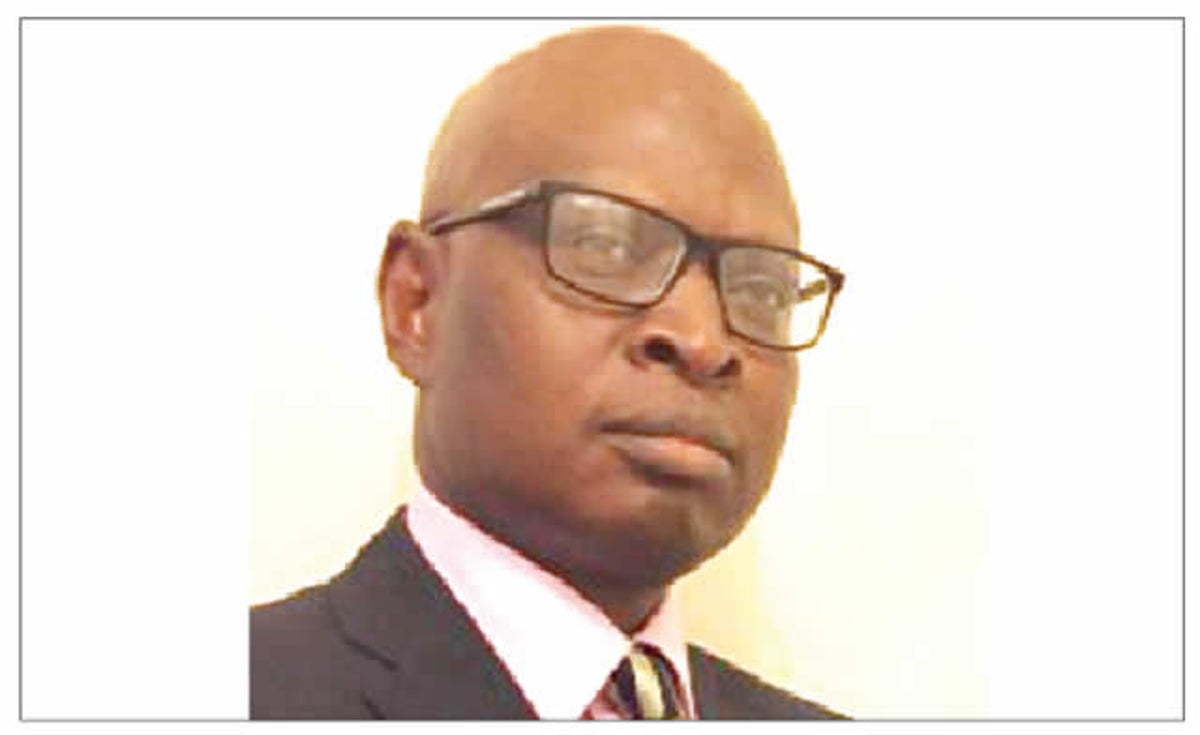 In this interview with OLADIMEJI RAMON, Legal Adviser at Amnesty International Secretariat, London, Dr Kolawole Olaniyan, speaks about Nigeria’s handling of the COVID-19 pandemic and the right of Nigerians to quality health care

What is your thought about the handling of the COVID-19 crisis by the Nigerian government?

President Muhammadu Buhari government’s handling of COVID-19 pandemic has been unsatisfactory. The government initially failed to come up with a communication strategy about its plan to limit the spread of the pandemic in the country, and failed to impose travel restrictions at a time these measures would have been most effective.

Then, President Buhari failed to provide the leadership required, his initial measures were limited only to issuing press releases; he didn’t speak to Nigerians directly or provide any leadership in terms of direction, strategy and coordination of responses to COVID-19 pandemic. In Buhari’s absence, some governors like the Lagos State Governor Babajide Sanwo-Olu have taken the space because, as the saying goes: ‘Nature abhors a vacuum’.

Buhari’s lethargic approach to the virus has undermined public trust in government actions, and Nigerians are now asking if his government truly has the capacity to combat the spread of the disease or address its corrosive impacts on the country’s poorest and most vulnerable people. The address by the President has not helped much, as it raises more questions than it answers. In short, his leadership style and government’s approach to coronavirus is one big let-down, which is also one reason his oft-expressed commitment to the fight against corruption has remained more rhetorical than real.

The President has to raise his game, and he has to do that now. He needs to see this as an important opportunity to improve the country’s weak and corrupt health systems, push for constitutionally and legally enforceable human right to the highest attainable standard of health for every Nigerian, particularly the country’s poorest and most vulnerable people, and access to clean water, among the basic rights that have been denied people for many years. The President has to do something special that would help to position the country to confront health challenges like COVID-19 in the short, medium and long terms.

For example, Buhari can immediately increase resources to the Nigeria Centre for Disease Control to establish presence in the 36 states of the country, which would, among others, improve opportunities for testing for Nigerians in general, and not just politicians, their families and friends who are reportedly taking multiple tests for COVID-19, thereby diverting critical resources away from those who need them the most. There’s absolutely no reason why Buhari can’t do this straightaway.

Many think the COVID-19 situation has exposed the failure of government in the health sector over the years. Do you share this view?

Absolutely yes! Nigerian health care facilities have for many years been mismanaged, underfunded and understaffed. The country’s health system has been diminished by years of corruption, and it’s as a result poorly equipped to handle the COVID-19 outbreak.

The situation has shown the government’s abject failure to ensure that our people, particularly the country’s poorest and most vulnerable people, enjoy the right to health, as required under the International Covenant on Economic, Social and Cultural Rights and the African Charter on Human and Peoples’ Rights, to which Nigeria is a state party. For example, the Covenant, which is the most comprehensive treaty on the right to health, guarantees to everyone the right to the highest attainable standard of physical and mental health. It also obligates the Buhari government to take effective steps for the prevention, treatment and control of epidemic, endemic, occupational and other diseases.

The short answer is yes! The Nigerian Constitution of 1999 (as amended) does not provide for legally enforceable right to health, but as I have noted earlier, Nigeria is a state party to several international and regional human rights treaties such as the International Covenant on Economic, Social and Cultural Rights and the African Charter on Human and Peoples’ Rights, which obligate the Buhari government to take steps to prevent threats to public health and to provide medical care to those who need it. In fact, the African Charter has been domesticated and is now part of our national laws, meaning that it is directly applicable and enforceable in the country.

The right to health simply means that health facilities, goods, and services should be available in sufficient quantity, and accessible to everyone without discrimination, and affordable for all, even marginalised groups.

By failing to ensure the effective enjoyment of the right to health by the people, the Buhari government, and to be fair, every government since the return of democracy in 1999, have undermined people’s other human rights like the rights to food, housing, work, education, human dignity, life, and non-discrimination, because the right to health is closely related to and dependent upon the realization of these human rights.

The government should increase investments in the health system to improve primary and preventive health care that would benefit a far larger part of the population, not just the politicians and the wealthy.

If Buhari government can do just one thing, I would say it should be to vigorously push for constitutional review to make all of these human rights legally enforceable under the Constitution. But will he do it?

What line of redress is available to the citizens in this regard?

Yes, citizens have the right to pursue legal action against the Nigerian authorities under some of the human rights treaties that I have mentioned. While it may be difficult to seek redress for violations of the right to health under the Nigerian Constitution, citizens can rely on the African Charter on Human and Peoples’ Rights for example, to seek redress before the ECOWAS Court of Justice in Abuja or the African Commission on Human and Peoples’ Rights in Banjul, The Gambia. They can also use the provisions of Chapter IV of the Constitution dealing with fundamental rights to enforce some of the policy statements contained in Chapter II dealing with Fundamental Objectives and Directive Principles of State Policy, particularly the provisions requiring the authorities to ensure adequate medical and health facilities for all persons, and to abolish all corrupt practices and abuse of power.

Government has earmarked money and donations are being made towards the fight against the COVID-19 scourge. Do you have any fear that these funds may be looted, giving our past experiences?

Yes, I do. There is strong evidence to suggest that grand corruption under this government has not reduced, despite Buhari’s perceived anti-corruption credentials. The latest global corruption index from Transparency International and findings from local civil society groups like Socio-Economic Rights and Accountability Project show the level of grand corruption in Nigeria and the entrenched impunity of perpetrators.

So, transparency, openness and accountability are required to track the spending of these funds before they are looted. The country’s anti-corruption agencies, particularly the ICPC and EFCC, should not wait for any directives to investigate and prosecute any allegations of corruption in the use of COVID-19 funds, they need to begin some monitoring and tracking activities and if there is any credible evidence corruption, to take action to promptly, thoroughly and transparently investigate and effectively prosecute any such cases.

There are strong reasons to be vigilant! Corruption is still a major problem in the Nigerian politics, with various government agencies becoming deeper and deeper involved with the widespread use of political appointments even at the highest level of government. Just two examples to buttress my point: first, the Auditor-General of the Federation’s reports are routinely ignored. And President Buhari and his Attorney General see nothing wrong with this.

In 2016, 323 agencies, ministries and departments didn’t submit audited reports to the auditor-general, as legally required. 265 MDAs didn’t submit report in 2017, so the volumes of public funds allocated to these MDAs or how the funds have been spent remain unknown and unaccounted for. President Buhari is doing absolutely nothing to address this.

Second, under Buhari’s watch, a governor is pushing to pocket a portion of recovered Abacha loot. Mr Buhari’s Attorney General sees nothing wrong with this! Recovered loot should be used to provide redress to victims of corruption and not for political patronage. But this says something about diminished expectations for a country that has witnessed grand corruption for decades.

How will you rate the Buhari government on transparency regarding recovered assets/loot and their management?

I will rate the government very low. I think Mr Buhari’s record in this respect is symptomatic of his record in the fight against corruption in general, meaning that he has failed to back his expressed commitment in 2015, when he rightly declared: “If we don’t kill corruption, this corruption will kill us.”

He has taken some good measures like the Treasury Single Account but nothing ground-breaking as far as the fight against corruption is concerned. Apart from a few examples, many high-ranking corrupt officials still rarely end up in jail, as suspects continue to exploit the flaws in the justice system and the anti-corruption programme’s legal and institutional mechanisms, to the point where individuals are profiting from their crimes.

Part of the problem is the government’s disdain for the rule of law, as illustrated by the tendency to pick and choose which court orders it complies with. This selective application of the rule of law implies an agenda to delegitimise the judiciary, and perhaps, inadvertently, render it incapable of contributing to the anti-corruption fight.

Mr Buhari has put the rather slow pace of his government’s fight against corruption down to the ‘lack of cooperation by the judiciary.’ But while the judiciary may not as yet be up to speed in terms of accelerating the hearing of high-level corruption cases – consistent with the Administration of Criminal Justice Act 2015 – and adopting an activist-cum-public-interest approach to such cases, judges can do very little if the investigation and prosecution of grand corruption cases continue to be poorly handled.

Mr Buhari cannot on the one hand blame the judiciary for ‘failing to work’ with his government in the fight against corruption, while on the other be disobeying judgments by the same judiciary. Yet, obeying court orders is the bare minimum required of Mr Buhari by his constitutional oath of office.

Mr Buhari government can improve transparency and accountability in the spending of recovered funds by immediately implementing the ground-breaking judgment by Justice Mohammed Idris, in a case brought by SERAP, which ordered the government to publish details on the spending of stolen funds recovered by successive governments since the return of democracy in 1999.

This judgment provides the government with an important opportunity to improve transparency and accountability in the spending of recovered. Buhari should ask his Attorney General to implement enforce that judgment.