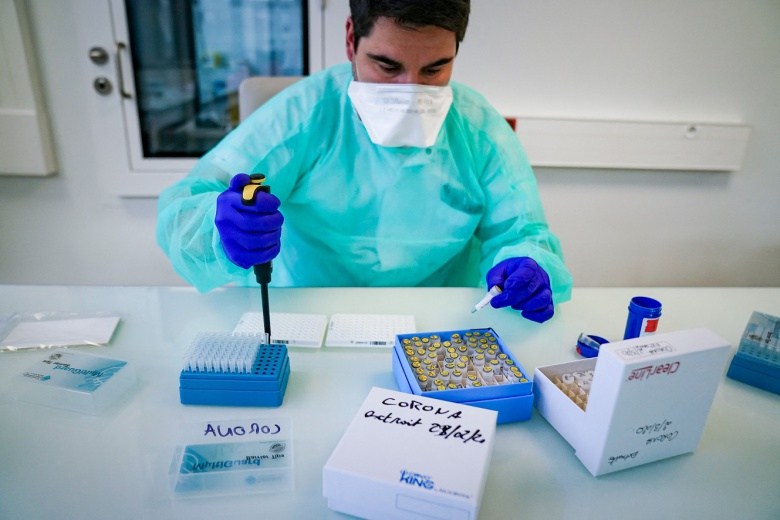 In the last 24 hours, 1,661 new cases of infection by the coronavirus (Covid-19) have been confirmed in Belgium, according to the government crisis centre’s daily press conference.

The new cases bring to 18,431 the total of confirmed cases in Belgium.

No information was available as to the origin of 16 of the new cases.

The number of diagnoses, Emmanuel André pointed out, is reliant on the number of people tested. Since the government plans to increase the number of tests to at least 10,000 a day, more confirmed diagnoses can be expected, which is not to say that more people are becoming infected. Many of those diagnosed will be affected only slightly or not at all.

The number of deaths, meanwhile, is a more dramatic figure, but two points are important: the cases of a fatal infection are not spread equally across the population; and deaths typically occur later in the disease process, so that today’s numbers reflect confirmed cases of infection and hospitalisation reported two weeks ago at least, according to virologist Steven Van Gucht.

Therefore, while the number of deaths remains high – just one short of the highest death tool in a single day recorded on March 31 – that is not a sign that the measures taken to prevent the spread of the disease are not working.

The evolution of the number of hospital admissions, André said, is a sign that “We are moving towards a situation of gaining control over the epidemic, but we must remain vigilant.”

Hospital admissions peaked on March 28, with 629 admissions in 24 hours. Since then the trend has been downward, with today’s figure the lowest since the peak.

Since the outbreak began in Belgium, 3,247 patients have been able to leave hospital after treatment. Yesterday saw 375 hospital patients discharged.