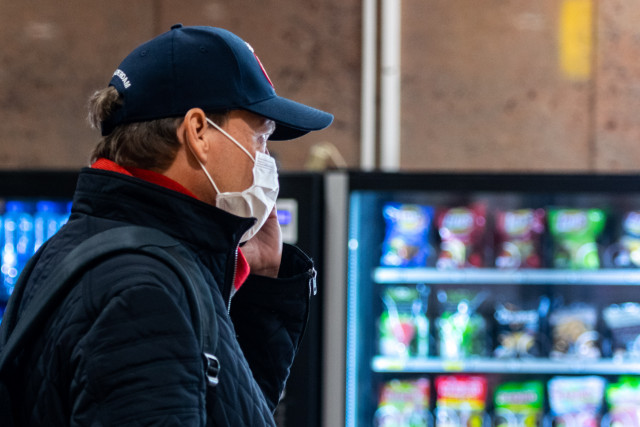 1,380 new people have tested positive for the new coronavirus (Covid-19), confirmed the FPS Public Health during a press conference on Tuesday.

According to the FPS, 587 of the newly-infected people live in Flanders, 734 in Wallonia and 62 in Brussels. They have no additional information about the place of residence of 19 other people. However, these figures add up to 1,402 additional new cases, and not the 1,380 reported. The FPS did not immediately respond to a request for comment. This story will be updated.

The total number of cases in Belgium, since the beginning of the pandemic, is 22,194.

314 new patients were admitted to the hospital in the last 24 hours, bringing the total number of people in the hospital because of the coronavirus at the moment to 6,012. “Of those patients, 1,260 are in the intensive care unit,” said professor Steven Van Gucht. “The occupancy rate of the beds on intensive care is currently at about 56%. Over 1,000 beds are still free,” he added.

171 new people have also been discharged from the hospital in the last 24 hours.

162 new deaths have been reported in the last 24 hours. “241 additional deaths were also reported by care centres in Flanders. Those deaths took place between 1 and 4 April, and as said before, sometimes there is a little bit of delay in when they are reported,” Van Gucht said.

“Sometimes it was confirmed that they were infected with the coronavirus, sometimes there was only a strong suspicion,” he added.

The total number of deaths in Belgium since the beginning of the pandemic is currently 2,035.

“The testing capacity in Belgium has increased incredibly in the past couple of days,” said Van Gucht. “Now, we are in the process of broadening the test criteria, and looking into to what point additional people can be tested,” he added.

“One-third of families in Belgium is made up of only one person, according to the statistics. That means about 1.7 million people, of all ages, who are in danger of being isolated even more because of the measures,” said Yves Stevens, a spokesperson of the National Crisis Centre. “Stay extra vigilant, give some people a call. A little solidarity can make a big difference,” he added.

“The figures remain very high, unfortunately. Every day, there are a lot of victims. However, after three weeks, we are starting to see a cautious decline in the number of new hospital admissions,” Stevens said. “We are not there yet, but we are on the right track,” he added.