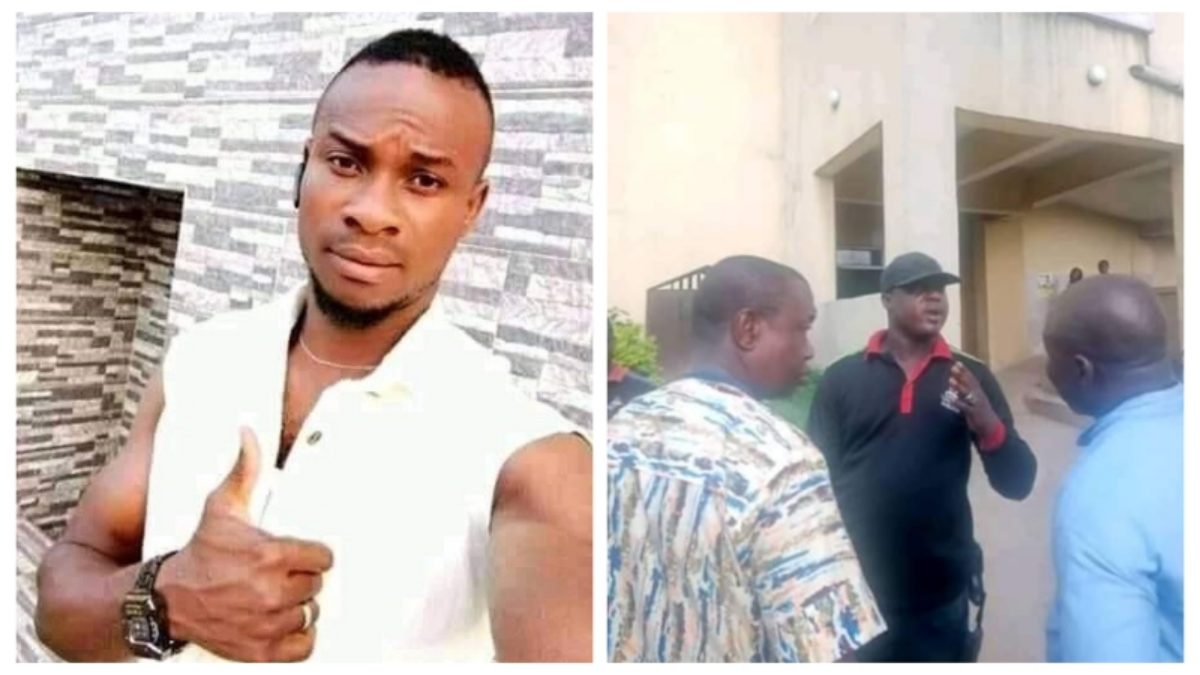 Godwin, a staff of Greenmac Energy Ltd, a Petroleum Company, was shot while the Inspector was enforcing Abia Government’s ‘Stay at Home’ directive, meant to contain the spread of Coronavirus (COVID-19) in the state.

It was also learnt that the incident happened in Ogbor-Hill, along New Umuahia road in Aba on Sunday evening.

According to report, the deceased reportedly come out for work as usual because his line of business was among those classified as essential services and not restricted by the lockdown order.

According to a police source, Azuh, who was attempting to stop a vehicle that violated the lockdown order, had mistakenly touched his riffle’s trigger, releasing the bullet that hit Godwin, who later died in the hospital.

Reacting to the development, the State Police Commissioner in Abia, Ene Okon confirmed the arrest of the officer said that the State Criminal Investigation Department (SCID) has taken over the matter.

Okon said that the police as an institution does not take such careless attitude to human life lightly.

“That police Inspector was arrested immediately and detained; as I am talking to you, SCID has taken over the matter and they are investigating the police Inspector for murder. We have our rules of engagement, we have our standards of operation and procedures and we have our own Force Order 237 as reviewed. That order has to do with when a police officer has to use his firearm and it will be justified. It’s not an excuse for you to say accidental discharge,” he said.

READ  One Killed After Woman Mobilized Son, Others To Beat Teenage Daughter’s Lover

“A trained officer on such assignment should put his riffle on safety mode; the riffle has a safety mode and once you put it there, it will not just release anyhow. So, it is not an excuse that he mistakenly touched the trigger. That’s why we detained him and are seriously investigating the whole matter”, Okon added.