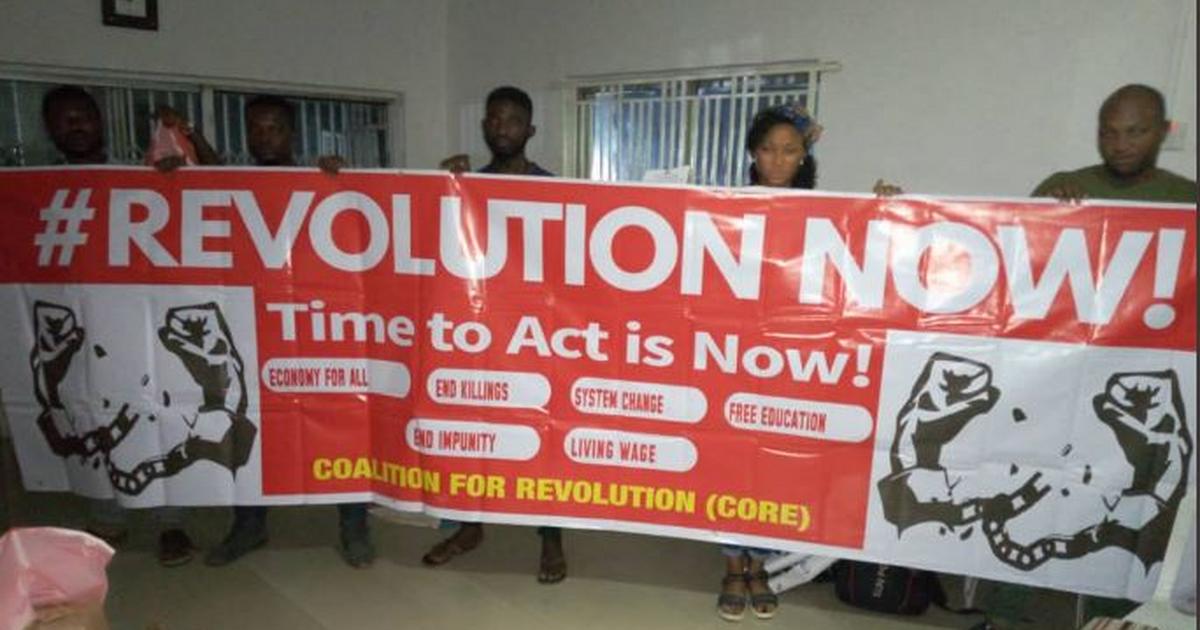 The coronavirus pandemic has indeed brought the world to its knees. Countries in the world have adopted measures to contain the further spread of the virus in line with the advisory issued by the World Health Organization. (WHO).

Nigeria is not left out of this pandemic, and it is most impressive how the Federal government has responded so far in the containment of the coronavirus pandemic. I recall that the World Health Organization, as well as the United Nations, has commended the proactive steps taken by the Federal government of Nigeria. This is gladdening and gives a ray of hope that soonest Nigeria shall be free from the Coronavirus pandemic.

The coronavirus pandemic reminds me of the RevolutionNow uprising that was planned in Nigeria by some that do not have the interest of the country at heart. It was such a horrifying experience for some of us that understood the impact it would have had on the economic and social fiber of the country.

That the government was able to nip it in the bud in record time remains our saving grace because the proponents were ferocious and adequately mobilized to unleash Armageddon in Nigeria. But the government responded promptly that indeed saved the day.

Some of us might have forgetten in a hurry that there was more than meets the eyes with the RevolutionNow protest. Probably they didn’t realize the quantum of funds that went into the ill-fated project. They also didn’t know that it was ultimately planned to destroy Nigeria by enemies of our great country that were not happy with the multiple gains recorded in critical sectors of our economy.

It was indeed a multidimensional war against the soul of Nigeria. And I dare say that chiefly the plot to destroy Nigeria through the RevolutionNow protest originated from Iran through their proxies in Nigeria, the Islamic Movement in Nigeria (IMN) and other militant groups.

What the majority of Nigerians do not know is that it was a plot orchestrated by the government of Iran to see to the disintegration of Nigeria in return for the fact the spiritual leader of the Islamic Movement in Nigeria, Ibrahim El Zakzaky was standing trial for acts of terrorism.

This also gave rise to the proliferation of small arms and light weapons through the Sahel routes for exclusive use by members of the Islamic Movement in Nigeria. There was also the establishment of sleeper cells across the country with massive recruitments of young and brainwashed Nigerians by the IMN group.

As baffling as this revelation might sound, it was the starkness of reality that confronted Nigeria but for the swift response by the security agencies in Nigeria. Even though in some quarters, it was believed that the planned RevolutionNow protest was not to succeed, I dare say that with the quantum of funds and arms injected into the country from external sources, it was only a matter of time before the reality would hit us below the belt, and Nigeria would have been long history.

At some point, it was indeed baffling upon the realization that hundreds of millions of dollars were dedicated to Destroy Nigeria project by the Iranian authorities through the IMN. This is aside from the discreet funding of other terror groups in Nigeria.

The RevolutionNow protest was a three-pronged strategy that aimed to distract the government, confuse the citizenry and strike with full force. So much so that before Nigerians would realize what was happening, it would have been done and dusted. Nigeria was able to overcome this challenge because we had proactive political leadership and a security network that indeed rose to the occasion when it mattered most.

The planned RevolutionNow protest saw the IMN providing Hezbollah-style military training to hundreds of Nigerians in camps throughout Northern Nigeria.

For some of us that took out time to research extensively on the plot to destroy Nigeria quickly deciphered that the IMN was more than positioned to carry out the threat through massive recruitments, stocking of arms and ammunition, and other despicable actions that would aid their revolution against Nigeria. Little wonder why at some point, the IMN became aggressively involved in nationwide protests and frequently clashing with security operatives, which resulted in deaths.

The killing of a senior police officer in Abuja by members of the IMN during one of their protests indeed buttresses the point that the IMN is an armed and violent group whose excesses must be contained if Nigeria was desirous of peace.

The interesting thing now is that these agents of darkness have not given up on their nefarious plot to see to the disintegration of Nigeria. I dare say this time around they are more vociferous in their desire, and this much Nigerians must come to terms with and stay united in one voice to defeat a common enemy. These agents of darkness have continued to use every available opportunity to smuggle arms and ammunition into the country in an attempt to continue from where they stopped with the ill-fated RevolutionNow violent campaign.

This is the time for all Nigerians to be aware of the plot of these agents of darkness battling for the soul of Nigeria. This time around, they are coming out under a different nomenclature, and actively using the media to first off, cause confusion in the polity by promoting fake news. And if we must admit, the strategy of propagating fake news is gaining traction by the day. The overall aim is to make the people disgruntled with the leadership of the country for being insensitive to the plight of Nigerians in the wake of the coronavirus pandemic.

Nigerians must understand this strategy that is gaining traction by the day. It behooves on all well-meaning Nigerians to thread with utmost care with the kind of news they accept as a first, and process as a second. In this circumstance, the government must rise to the occasion as in times past to nip this emerging threat in the bud.

The rational thing to do in this circumstance is for the government and the people to be vigilant at all times. The desperation by these agents of darkness is not one that should be taken lightly for the continued growth and development of Nigeria. I salute the efforts so far; however, I feel more still has to be done hence this piece. It is hoped that those charged with the responsibility of ensuring that Nigerian experiences peace and progress must not relent. The time to act is now.