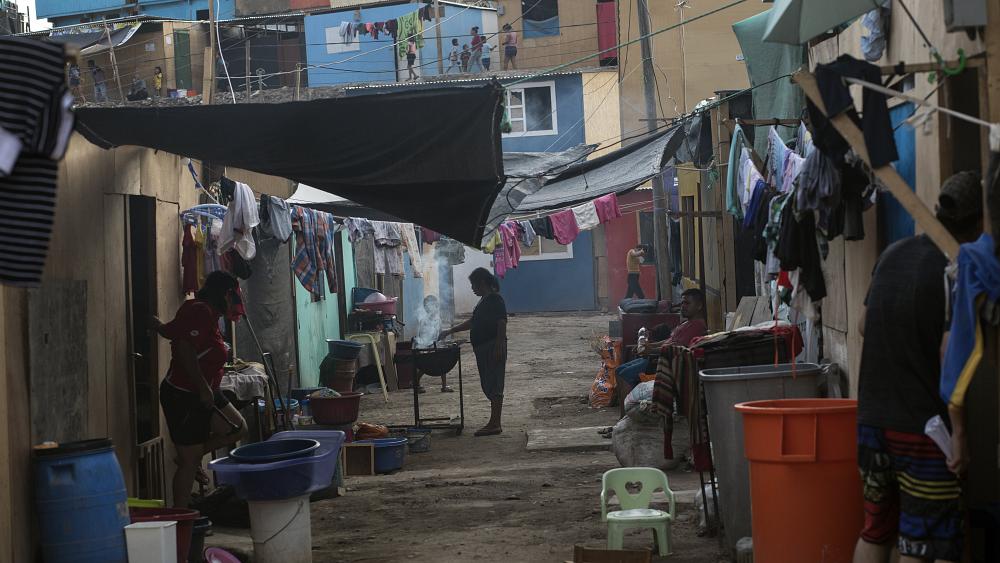 Half a billion more people worldwide could be pushed into poverty amid the fallout from the coronavirus pandemic unless developing countries receive urgent help, according to a United Nations study and Oxfam International.

The figure represents eight percent of the world’s population, the report says, adding that a setback on this scale would be the first time that global poverty had increased in 30 years.

Progress in fighting poverty would reversed by a decade, the authors add, and in some regions — such as Sub-Saharan and North Africa, and the Middle East — by three times as long.

The analysis, carried out by researchers from Kings College London and the Australian National University, has brought immediate calls for a monumental effort to address the world’s most vulnerable.

Oxfam International is calling on world leaders “to agree an ‘Economic Rescue Package for All’ to keep poor countries and poor communities afloat”.

“The need of the hour is to bring together development agencies, national governments, civil society and the private sector in a global effort to protect the livelihoods and lives of the poorest of the poor in the Global South,” said Kunal Sen, Director of the United Nations University World Institute for Development Economics Research (UNI-WIDER), which published the research.

The appeals come ahead of key meetings next week of the World Bank, International Monetary Fund (IMF), and G20 finance ministers.

Last week, the IMF said it was aiming to double the availability of emergency funding for emerging market and developing countries from $50 billion to $100 billion.

“The demand for our financing has skyrocketed. In fact, never in the 75 years history of our institution have so many countries found themselves in need,” IMF head Kristalina Georgieva told a joint news conference with the World Health Organization (WHO).

The two bodies issued a reminder that the global health crisis and the health of the global economy were intertwined — and called for policies that protected both lives and livelihoods.

Calls to protect aid from corruption

Earlier this week, more than 100 global organisations and charities called for this year’s debt payments for dozens of the world’s poorest countries to be cancelled immediately, and for debt burdens to be reduced in the coming years.

Last month the IMF and World Bank called for debt payments from poorer countries to be suspended.

Separately, anti-corruption campaigners are calling on the IMF to protect the billions of dollars directed to needy countries, as part of coronavirus-related relief programmes.

In a joint letter to the IMF Executive Board, three agencies — Transparency International, Human Rights Watch and Global Witness — urge the Fund “to make sure that the much needed money… is actually used to safeguard public health, save lives and support livelihoods”.

“We have serious concerns that the (recently approved) programs lack even minimal anti-corruption measures,” they add, calling for “basic measures” to ensure that money “is used in a transparent and accountable manner to reduce the risks of misuse and corruption”.

Fears of social unrest in Italy

In Italy, where a nationwide lockdown was imposed a month ago (March 9), a growing number of families are coming under financial strain.

Salvatore Chinni, in the southern city of Reggio Calabria, can no longer feed his family on his 500-euro monthly pension. His wife, a nanny, hasn’t worked since the start of the outbreak, and neither have two of his three children. The family is now relying on food banks for its meals.

“In order to ration our daily food stock we only eat twice a day. Usually it’s pasta at lunchtime and in the evening we bake things ourselves using flour, so we eat either pizza or a “piadina” (a type of Italian flatbread sandwich) but we usually use cheap ingredients like onions, peppers, tomatoes without using things like ham, salami or other cold cuts that we can’t afford,” Chinni told our correspondent Giorgia Orlandi.

The scale of the crisis in Italy has sparked fears that mafias could take advantage of the situation and fuel social unrest, particularly in the country’s south.

“Palermo has completely changed and it’s not governed by the mafia anymore. I don’t want to think that the lack of understanding from the central government is going to give mafia organisations a chance to take control of companies and take advantage of people’s rage both in the north and the south of the country,” Leoluca Orlando, the mayor of Palermo, told Euronews.

“Mafia organisations operate using corruption, they control companies and those that don’t have liquidity and resources to re-open are particularly at risk. That’s why the latest decree that offers loans completely guaranteed by the state is very important,” he said.