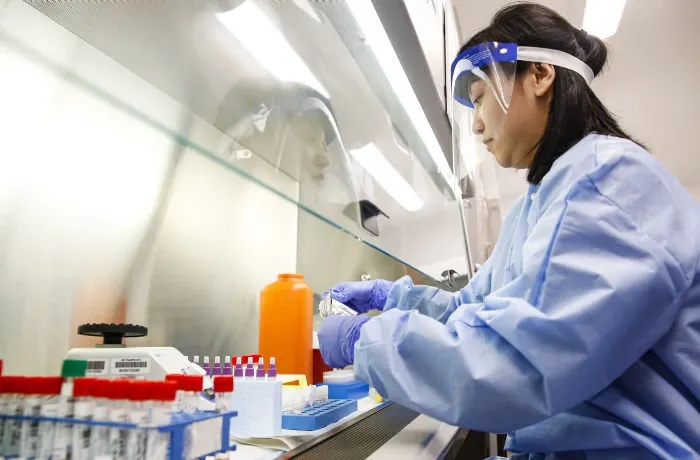 Good news as a brand new therapy that ”helps very ill Coronavirus patients recover in 72 hours,” have been discovered by Scientists.

According to researchers, there is evidence that seriously ill coronavirus patients can benefit from infusions of blood plasma collected from people who have recovered from the disease and permission has now been given to University Hospital Erlangen, Germany, to produce therapeutic plasma to treat critically ill Covid-19 patients.

Two teams of doctors working at separate hospitals in China gave antibody-rich plasma from recovered patients to 15 severely Coronavirus ill patients and recorded striking improvements in many of them within three days.

In one pilot study, doctors in Wuhan, China, gave “convalescent plasma” to 10 severely ill patients and found that virus levels in their bodies dropped rapidly. Within three days, the doctors saw improvements in the patients’ symptoms, ranging from shortness of breath and chest pains to fever and coughs.

The therapy known as Convalescent plasma treatments, date back to the 1918 Spanish flu pandemic. The therapy relies on the fact that people who have recovered from a viral infection have antibodies in their blood that can rapidly detect and destroy the virus the next time it attacks.

Professor David Tappin, a senior research fellow at the University of Glasgow, has applied to the UK’s National Institute for Health Research to run two clinical trials with convalescent plasma.

“The outcomes are also encouraging for these patients,” he said. But he added that to be sure plasma improved on the natural course of the disease, and that it was safe in larger groups of patients, formal trials had to take place.

Professor Munir Pirmohamed, the president of the British Pharmacological Society, says the treatment should be carefuly examined.

“This was not a randomised trial and all patients also received other treatments including antivirals such as remdesivir, which are currently in trials for Covid-19,” he said.

“It is also important to remember that there are potential safety concerns with convalescent plasma, including transmission of other agents and antibody enhancement of disease,” he added. “Even if shown to work, scalability to treat large numbers of patients may become an issue.”