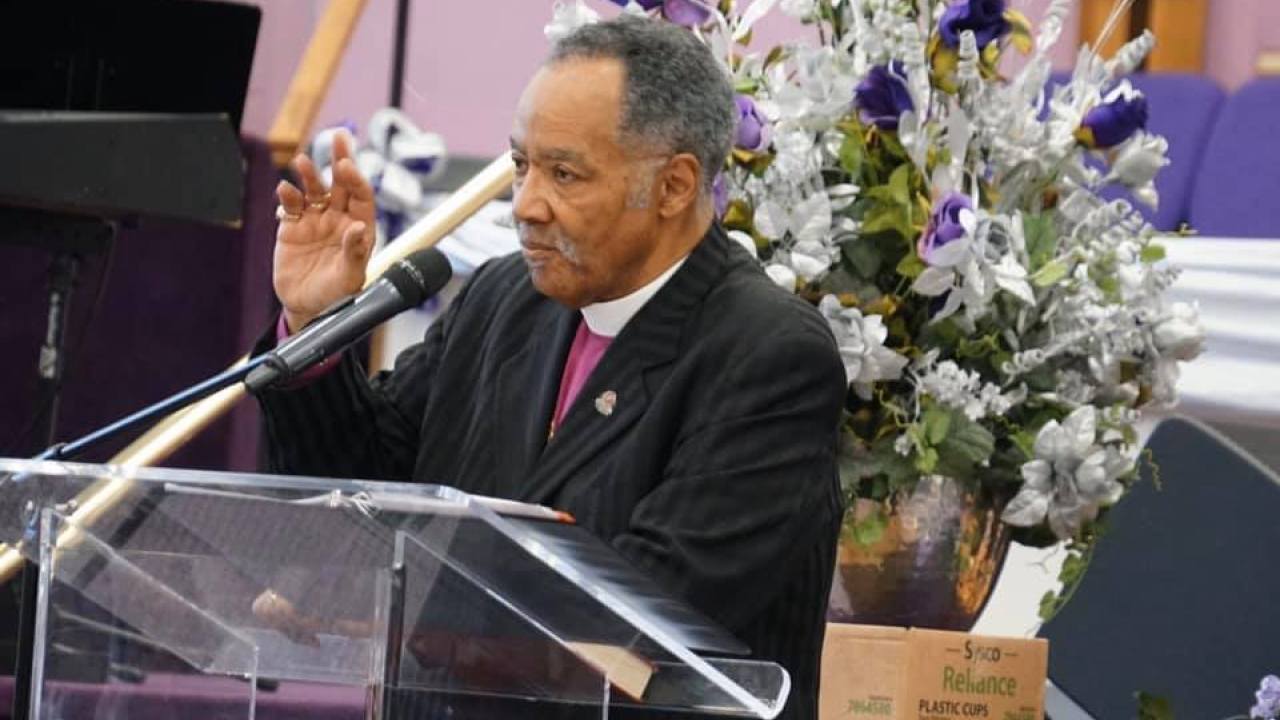 The death has been announced of a Virginia Bishop, Gerald Glenn who recently died of Coronavirus just weeks after he disobeyed the ban on social gatherings to host a packed church service.

He said: “It is with an exceedingly sorrowful and heavy heart that I come to you this morning, and regret to inform you that on last night, April the 11th at 9 p.m., our father Bishop Gerald Glenn transitioned from labor to reward.”

“Our bishop has been a friend, as well as spiritual Shepard to so many of us here at New Deliverance, and around the country. He will be missed by us all. ENDC, as we enter into a period of mourning for the next 30 days, let us continue to pray for Mother Glenn and the first family,” Nevers added.

Glenn’s death comes after his last in-person service on March 22.

Glenn made headlines after the sermon, for proudly broadcasting a completely full service while boasting about flouting the ban on social gatherings.

“I got way more than 10 people here,” Glenn said in his sermon in reference to the ban issued by Gov. Ralph Northam.

He said at the time: “I know I’m on some controversial territory. I don’t care about your opinion. I’m not trying to appease anybody.”

Glenn also explained that church service is “essential,” in an attempt to justify why he continued to promote such a large gathering of people.

On April 3, Glenn’s daughter Mar-Gerie Crawley explained on Facebook Live that the pastor was hospitalized in “pretty critical condition.”

On April 4, Crawley said that her father and mother Marcietia Glenn tested positive for the virus.

Crawley explained during an interview with WTVR that the family did not initially think Glenn was seriously ill as “he has diverticulitis” and “it’s not uncommon for him to get fevers or virus or sinus infections.”

However, Glenn’s condition worsened and he was taken to the emergency room.

“He was very lethargic, so my mom decided that evening, once his breathing became labored, she took him back and at that point they kept him. They did the COVID-19 test on him, and we got it back that day and it was positive,” Crawley told WTVR.

Glenn is survived by his wife and their three daughters and two sons.

Since his death, members of his congregation and spiritual leaders and political figures all over have expressed their condolences.

“My heart sinks as I learn this morning that Bishop Gerald Glenn, pastor of New Deliverance Evangelistic Church, died yesterday from COVID-19. He was a friend and pillar of Richmond faith community. May all do as much for so many,” Senator Tim Kaine tweeted.

“Bishop Glenn was my great friend for more than 20 years. He was an extraordinary spiritual and community leader, and we will all miss him very much,” Senator Mark Warner said in a statement obtained by NBC 12.