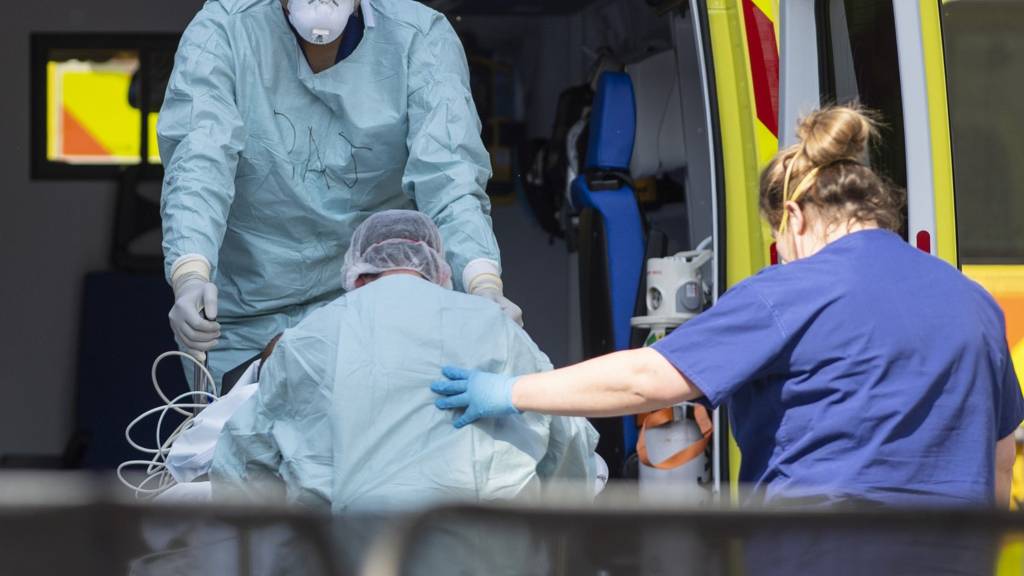 CORONAVIRUS deaths in the UK today pushed past the 12,000 barrier after 744 more people died in England alone.

NHS England confirmed the latest victims were aged between 34 and 102 – including 58 with no underlying health conditions.

The latest number of deaths in hospital in England means at least 12,073 people have died from the disease in the UK.

And it pushes the total number of deaths in England to 11,005, the NHS confirmed.

In Scotland today, a further 40 people have died – bringing the total death toll to 615.

While Wales has suffered a further 19 deaths – with their total now at 403.

And in Northern Ireland, ten more people have died – bringing to total death toll to 134.

The Department of Health will release a full UK total, which is recorded using a different period of time to the NHS, later today.

Among the latest deaths is a 65-year-old nurse who contracted the disease while treating patients with just a paper mask, plastic gloves and a pinny.

Gareth Roberts, 65, had come out of retirement and was working extra shifts before he died at Prince Charles Hospital in Merthyr Tydfil, Wales last weekend.

At least 40 frontline NHS staff have died from Covid-19 in the UK.

It comes as official new figures revealed the coronavirus death toll could be 15 per cent higher as 793 hidden fatalities outside of hospital in England were recorded.

The figures from the Office for National Statistics also revealed more people died England and Wales in the week up to April 3 than any other week since records began – with one in five deaths down to Covid-19.

The ONS collects figures where Covid-19 or suspected Covid-19 is mentioned anywhere on the death certificate, including in combination with other health conditions.

If the trend of deaths outside hospital continues, the real UK death toll today could be more than 13,000.

Yesterday, deaths in the UK reached 11,329 after 717 more people died from the killer virus.

But the true total could be higher due to a lag in reporting the figures over the weekend.

Previous weekends have seen official numbers fall, before they start to climb again the following week.

It comes amid a warning from the UK’s chief scientific adviser that coronavirus deaths “will increase further” this week.

Sir Patrick Valance also braced the nation for a “difficult” week of death figures ahead before they expect the fatality rate to begin to slow.

But he said that plateau in coronavirus deaths is likely to last for two to three weeks before we see a fall.

Coronavirus deaths in care homes have exploded tenfold in a week, with an ex-minister warning vulnerable residents have been “abandoned like lambs to the slaughter”.

Former pensions minister Baroness Altmann, who has long campaigned for dignity for the elderly, also said the crisis showed how some of society’s most vulnerable were being unfairly treated.

And more than 300 residents have died of suspected coronavirus at one of the UK’s largest care home companies, one of its bosses said today.

Sir David Behan, executive chairman of HC One, says 232 – or around two thirds – of the firm’s homes have Covid-19 outbreaks, with 2,447 confirmed or suspected cases.

The warning came as it emerged 13 residents had died in a home in Stanley, Co Durham — and the national care home death toll might already have topped 1,000.

Meanwhile, lockdown is set to be extended for at least three more weeks over fears the peak of the pandemic is still days away.

Stand-in PM Dominic Raab is set to announce on Thursday that the country’s restrictions will stay in place until at least May 7.

He announced yesterday the UK was “still not past the peak of this virus” as he warned of a “long way to go” in the battle against Covid-19.