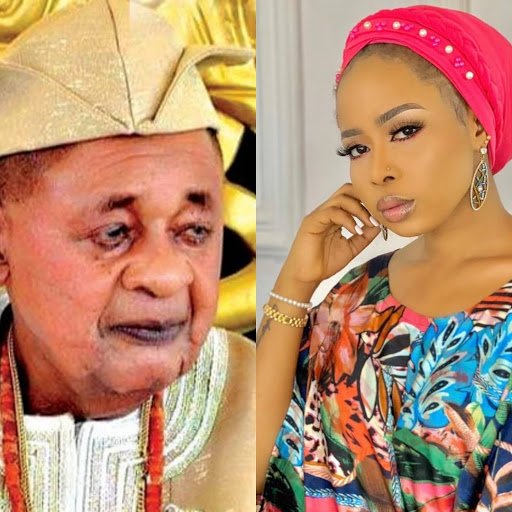 Alafin of Oyo, Oba Lamidi Adeyemi III has reportedly sent one of his queens, identified as Olori Badirat Ajoke packing from the palace over allegations of adultery.

Hotjist.com gathered that Olori Badirat was sent packing few days ago after the allegation was open by a popular blogger, Esther Aboderin aka Esabod that a wife of the monarch was having an adulterous affair with a popular fuji artiste, King Wasiu Ayinde Marshal (KWAM1).

It was an emotional scene at the Alaafin’s palace watching Olori Badirat Ajoke, who is actually the 9th wife and not the last wife as believed in certain quarters, of the highly revered Oba Adeyemi who Wikipedia claims has up to 13 wives. Olori Ajoke who is currently observing her mandatory one year National Youth Service is a 2018 graduate of the prestigious University of Ibadan, Ibadan, Oyo State.