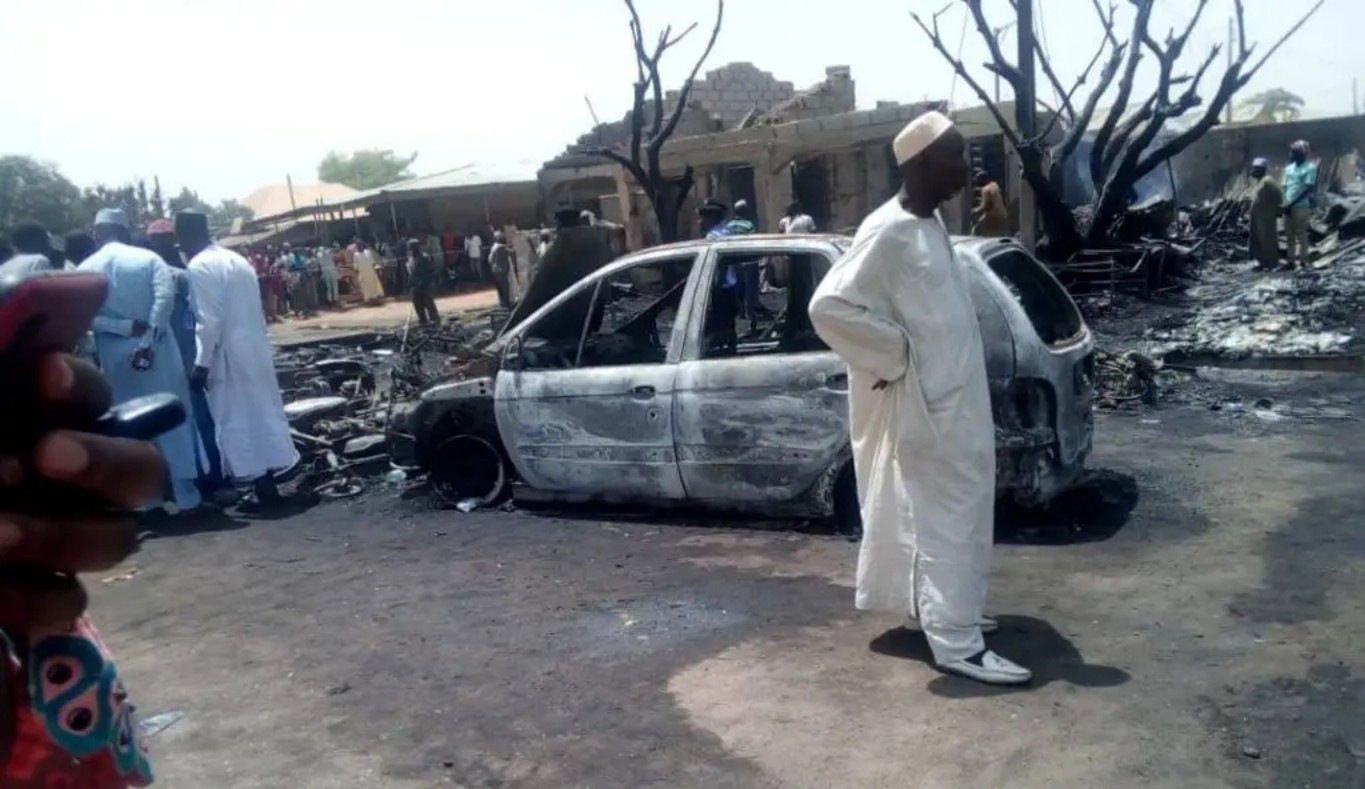 A 5-year old boy has been reportedly killed in a fire outbreak, while properties worth millions of naira were destroyed at Muda Lawal Market, one of the popular markets in the Bauchi metropolis.

The Chairman of Muda Lawal Market, Baba Maigaji who confirmed the incident, said that although the actual cause of the fire could not be ascertained at the time of this report, eyewitness reports stated that the fire was caused by a spark triggered by an electrical fault from a Keke Napep parked close to a truck carrying mattresses.

He said a section of the market was destroyed, adding that the incident happened at the heart of the market where there are a lot of trading activities.

According to him, the fire was eventually put out by the officials of fire service in the state who came to the scene of the incident as security were equally deployed to the area to maintain law and order.

“The fire started from a truck carrying mattresses that parked in the market since yesterday.Most of the eyewitnesses said that there a Keke Napep that parked closed to the truck, started the fire as a result of an electric spark.”

“We recorded huge losses in the fire outbreak, a 5 year old boy who was sleeping in one of the shops in the market during the fire incident died.
so far, 17 shops, 8 cars, 11 motorcycles and 1 Keke Napep were burnt in the inferno.”

“Some of the youths were throwing stones at the vehicle of the fire service because they they were angry they came late to the scene of incident.It took the intervention of the security agents to calm the situation”, he said.