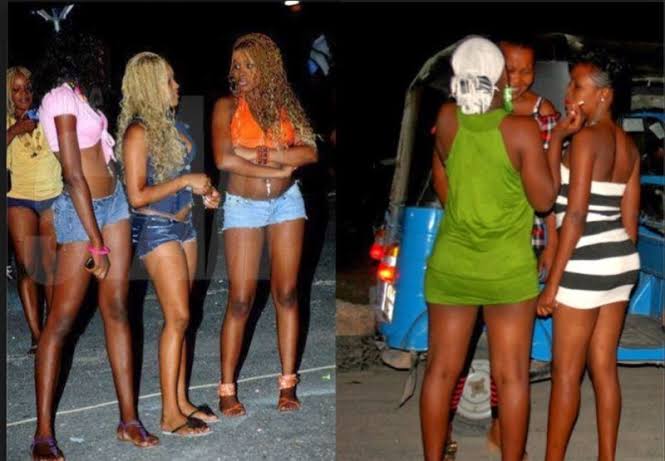 This is not the best of times for commercial sex workers in Lagos owing to the lockdown occasioned by Covid-19 pandemic and the fact that the Minister of Health had stated that the deadly virus could be transmitted sexually.

P.M.EXPRESS investigation revealed that virtually all the brothels and hotels had practically been shut across the State. The workers were either indoors in the hotel rooms doing nothing or waiting in vain for clients to patronize them.

Some of the brothels visited in Mushin, Agege, Igando, Ikotun, Ejigbo and Isolo, Akowonjo etc were deserted without customers coming to the place to drink and patronize the workers.
Some of the workers have relocated to join their friends and relatives in order to reduce the pile of debts incurred for renting their rooms from the management to save cost.

Few of the workers, who were seen at the various hotels, were lamenting over the ugly situations they found themselves since the stay at home directive over Coronavirus took effect.

One of the workers, simply identified as Maureen in Idimu, told P.M.EXPRESS that their initial thought was that the lockdown will last for few days before they continue rendering full services but regretted that it has dragged too long and their targets for the year will be greatly affected.

Maureen explained that the situation became worse as some men have chosen to shun sex at this period; nobody comes to patronize them even on short time basis and the bills are pilling up for some of the workers who had been waiting for normal businesses to resume to no avail.

Another worker, Miss Joy, said that what surprised her the most was that there were some clients who usually come to ask for sex on credit from them promising to pay when things get normal. She lamented that even their prominent patrons do not show up again and they were finding it difficult to feed and maintain themselves.

“Now, I have realised that this business will not sustain me to take care of my family. I will quit after the lockdown” Joy said.

P.M.EXPRESS investigation revealed that most men stopped patronising those places due to fear of contracting the virus while some withdrew due to lack of money to spend at this period.

It was equally gathered that some married men have used the lockdown to reconcile with their spouses in their various homes and there was no need to go outside for such practices for now.