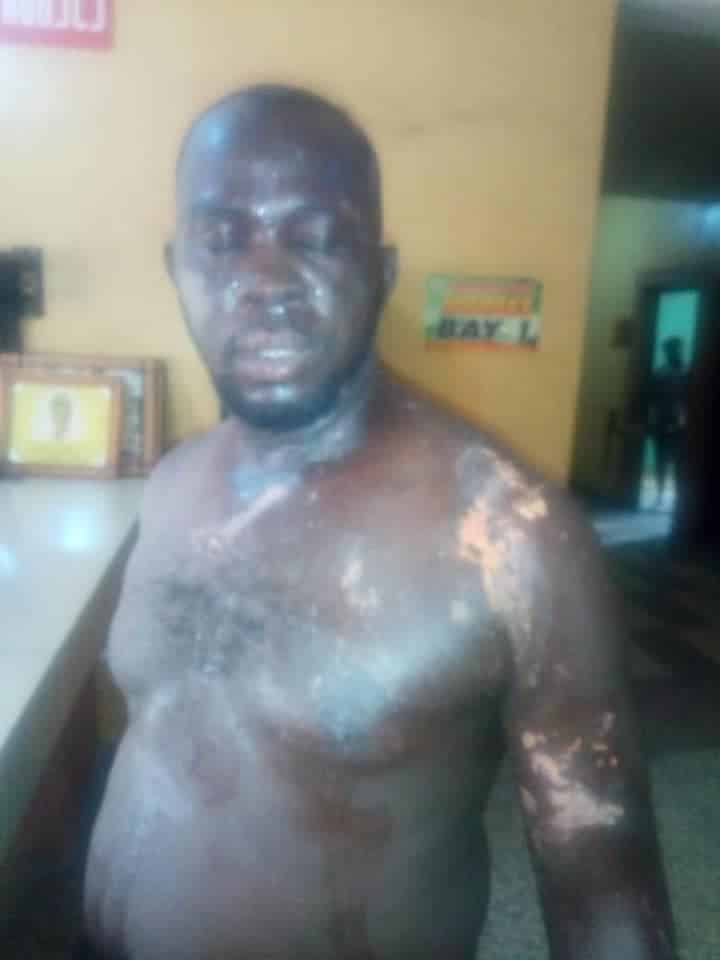 Following the killing of a man identified as Ebuka in Nkpor, Anambra state, some angry youths in the community resulted to pouring acid on policemen over the killing of the young man.

According to reports, the Policemen were seen scampering for their lives as the angry youths who got provoked after a young man was shot dead by the Police decided to retaliate by pouring the acid on the officers after they marched to the police station.

Anambra Police Command spokesperson, Mr Haruna Mohamed confirmed that some members of a police patrol team were attacked by the youths. He said an unprovoked attack was launched against a Police patrol team, with a substance suspected to be acid.

Haruna further told newsmen that “efforts are ongoing to restore sanity in the area”.

Watch video as the youth matched towards the police station below:

READ  One Killed, Four Injured As Irate Youths Attack Police Who Knock Down School Girl In Jigawa
Share this Post[?]