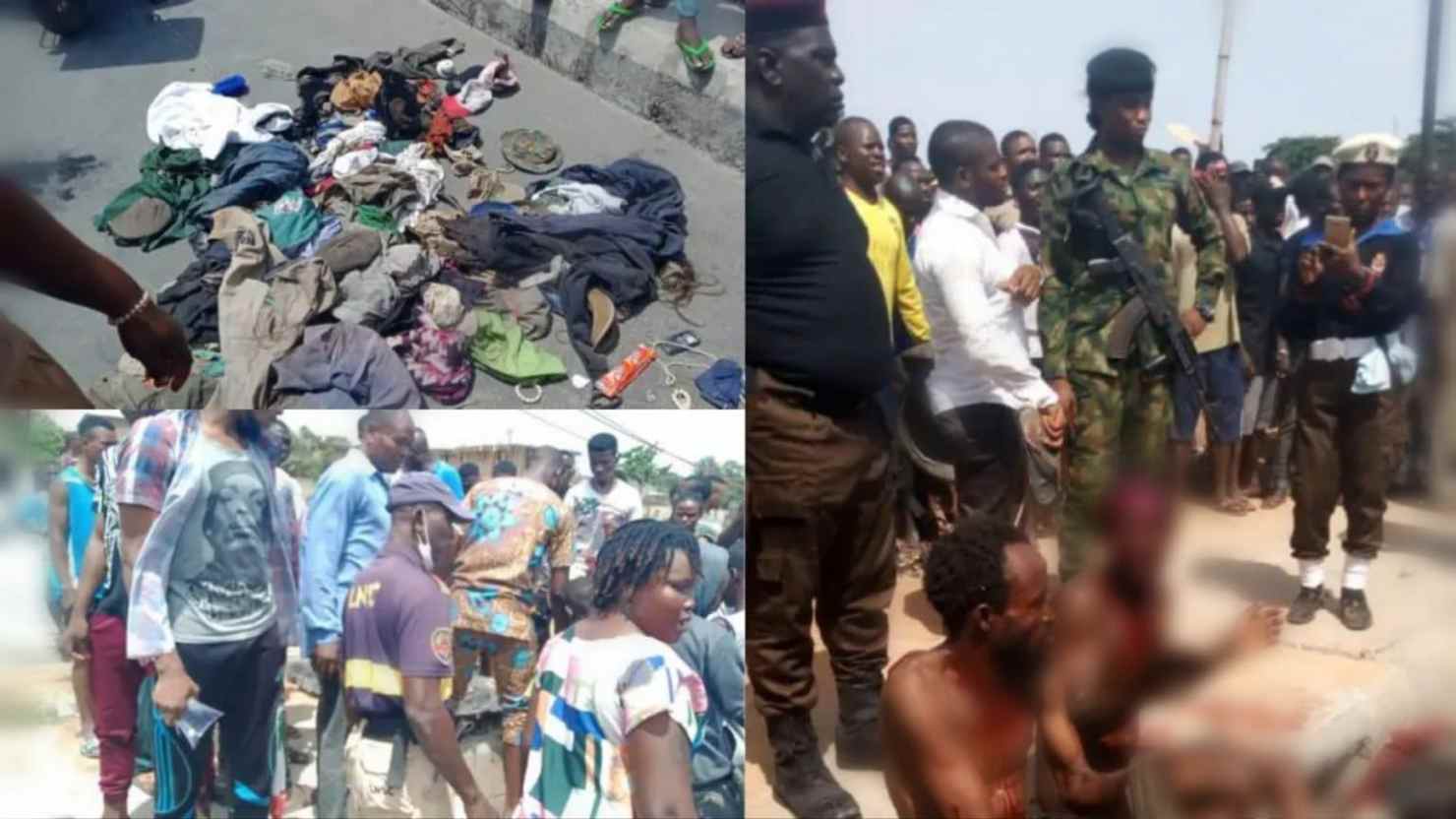 The Nigeria Police on Monday uncovered a kidnapper den located at the Shogunle bus stop, in Oshodi Lagos.

According to further information gathered, the police operatives arrested six suspects at the location, on Monday.

An eye witness, who is a worker of the Lagos Waste Management noted that she was about to be pushed inside the pit by the suspected kidnappers when she shouted and raised an alarm.

She further stated that the police officers at Ikeja Area F and Shogunle Police Station were immediately alerted to rescue the woman and arrested four men beneath the walk-way pit.

He added that Army uniforms officers from PWD were also at the scene.