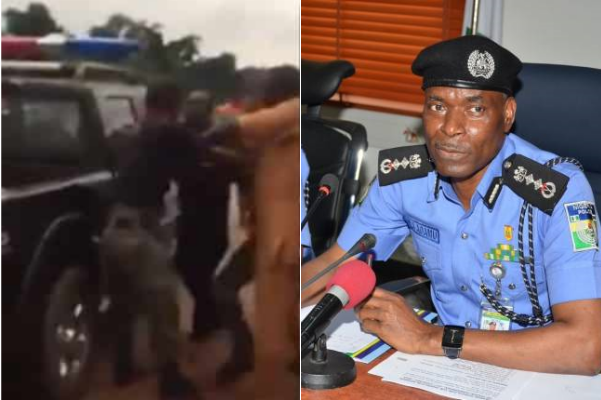 The Inspector General of Police, IGP Mohammed Adamu, has issued an order for the arrest of two policemen caught on video fighting each other in Edo State.

In the 1 minute long video shared on Twitter by @parodyspokesman, the two policemen are seen fighting while some persons try to hold them back.

The message by the Force Public Relations Officer, Force Headquarters, Abuja, DCP Frank Mba revealed that the policemen are currently in detention and facing disciplinary action.

It reads: “The two policemen, F/NO 41112 CPL Ozimende Aidonojie and F/NO 516384 PC Salubi Stephen in this viral video have been identified, arrested and detained. They are currently undergoing internal disciplinary sanctions at the Edo State Police Command Headquarters.

“The Force wishes to apprise the general public that this show of shame is certainly not in our character and we will not condone such indiscipline.

“In the best tradition of transparency and accountability, the outcome of the trial will be made public. This, we believe, will also serve as deterrent to other police officers.”