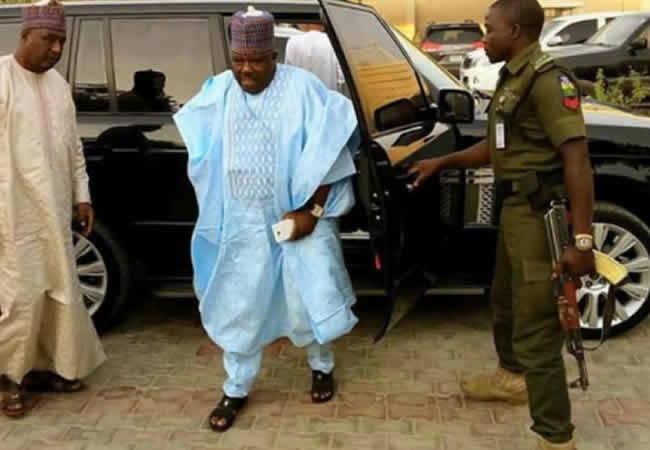 The former National Chairman of the Peoples Democratic Party (PDP) had lost his father, Alhaji Galadima Modu, following a fire outbreak at his residence in Maiduguri last Thursday.

According to security sources, Boko Haram terrorists attacked the convoy while travelling from Abuja to Maiduguri to attend the three-day prayer of Sheriff’s late father.

Five persons including three policemen were reportedly killed during the attack that took place on Friday.

“Boko Haram launched an attack on the convoy carrying the family of Senator Ali Modu Sheriff, former governor of Borno State, from Abuja to Maiduguri to attend the burial of his late father,” one security source told SaharaReporters.

“Three policemen, a driver and one member of his family were killed and several others were injured in the attack.

“The terrorists also went away with the riffles of the dead officers and some cars in the convoy.”

This online platform reports that Sheriff has been accused in some quarters of being responsible for the emergence of Boko Haram in Borno State before spilling to other parts of the North.