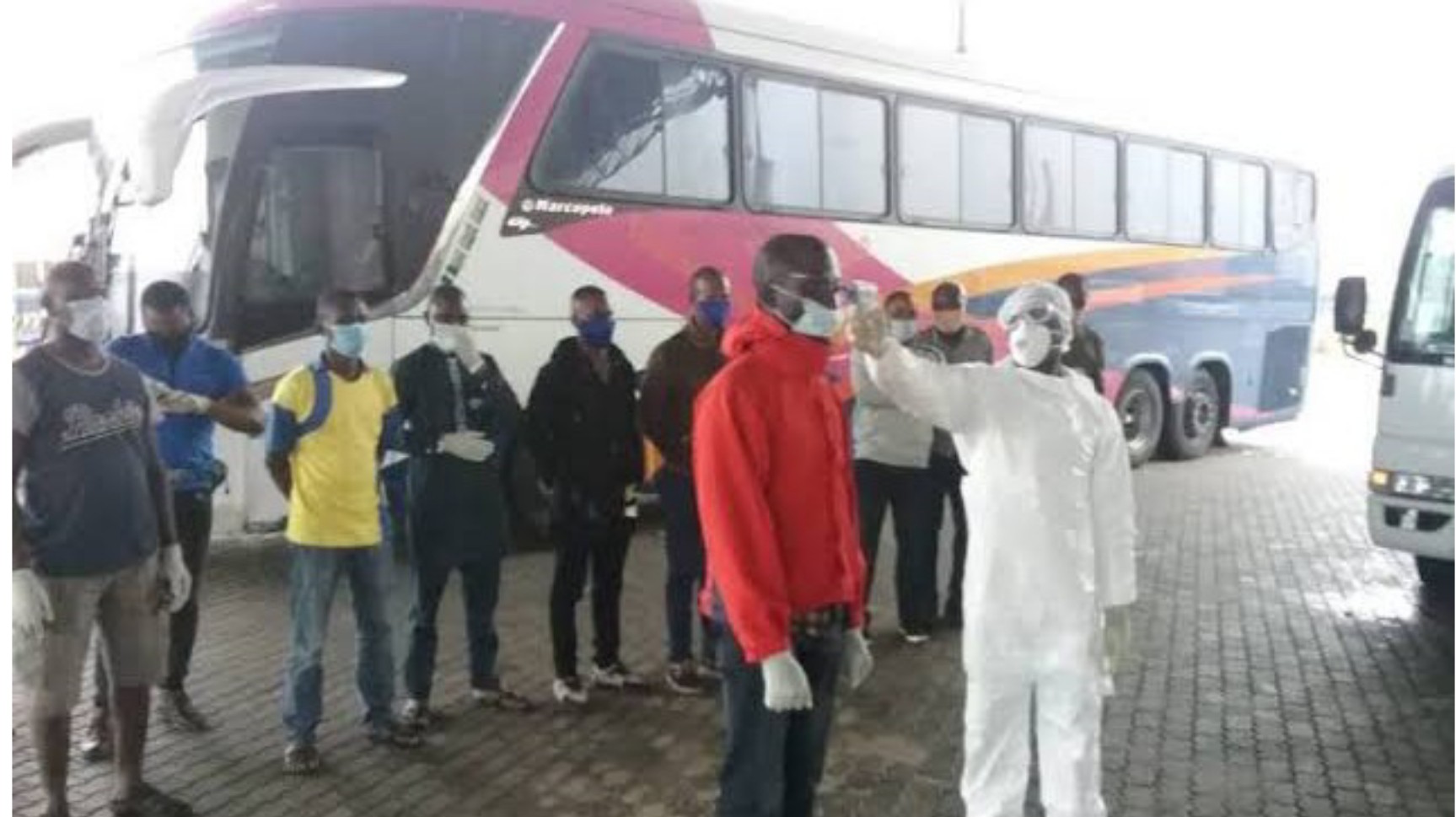 Another batch of 13 Nigerian returnees from Togo Republic have arrived at Seme Border Post in Lagos State in the early hours of Sunday, the News Agency of Nigeria (NAN) reports.

NAN reports that the 13 returnees arrived the border post in a Toyota Coaster bus with Togolese registration number TG 5923 A.

NAN gathered that the Nigerian returnees were resident in Togo but decided to return to their country following the outbreak of COVID-19.

“The Nigerians were screened with the infrared thermometer by our officials when they arrived today.

“We have called Lagos State Ministry of Health and they have promised to come and evacuate them to quarantine facility in Badagry,” a Port Health official told NAN at Seme border.

Another returnee from Togo being screened by a Port Health official at Seme border in front of the coastal bus that brought them.

NAN reports that the arrival of 13 returnees from Togo on Sunday brings to 103 the total number of Nigerians that arrived through Seme border post after the border closure on March 21.

Another batch of 23 Nigerian returnees, who came from different parts of the world and landed in Lome, the Togolese capital, on Ethiopian Airlines, arrived Seme border on April 19 and were quarantined in Lagos.