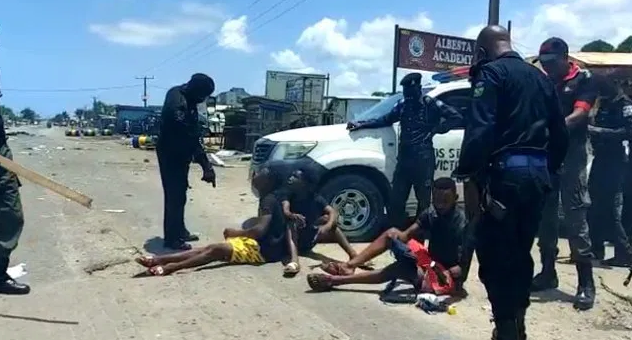 Some youths of Eleko community in the Ibeju Lekki area of Lagos State have embarked on a protest.

The protest, which started on Monday morning, April 27, turned violent as the youths were said to have had a faceoff with some security officials over the enforcement of the COVID-19 lockdown in the community.

According to Channels Television, that the youths mounted roadblocks with bonfires at different locations on the road leading to some companies, including the Dangote refinery in the area.

They accused the security officials enforcing the lockdown of being bias, saying expatriates were allowed to go to their places of work while residents were forced to stay in their houses.

On their part, the police say they have dispersed a group of violent protesters at the Eleko Junction area of the community.

At the moment, there is a heavy security presence, and no one is allowed to walk on the road without raising their hands.

The community, however, looks deserted as residents scampered to their various houses following the deployment of more police and military personnel in the area.