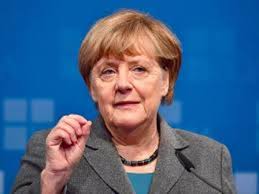 As people in Germany await news on social distancing restrictions set to expire this weekend, Chancellor Angela Merkel’s chief of staff said on Thursday that the measures are likely to be extended by at least another week.

Rules dictating the people can meet outdoors in pairs at a distance of 1.5 metres, with exceptions for those living together, will “certainly” be extended until May 10, Helge Braun said.

His comments came hours before Merkel was due to hold talks with the premiers of Germany’s 16 federal states on the country’s coronavirus response.

Braun said a broader discussion about any further easing of restrictions would take place on May 6.

Merkel has previously noted that only then will the country be able to assess the impact of the first round of easing, which saw small and medium-sized shops reopen from last week.

Nonetheless, certain states have been pushing for Germany to further open up its economy, following gains made in containing the novel coronavirus outbreak in recent weeks.

The pressure is growing to allow restaurants to reopen soon and a ban to be lifted on domestic tourism, as the closures and restrictions take a severe toll on the German economy.

Restaurants can currently offer takeaway meals for customers, who must eat them at home, under the current rules.

More than159,000 cases of infection have been registered so far in Germany, with over 6,100 deaths.

The rise in new daily infections has significantly tapered off in recent weeks.