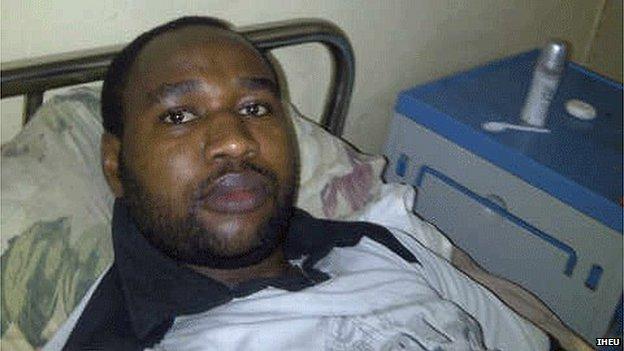 Some Nigerians, on Wednesday, expressed dismay over the arrest of an atheist, Mubarak Bala, by the Kaduna State Police Command for a Facebook post in which he allegedly insulted Prophet Muhammad.

Bala’s arrest at his residence in Kaduna followed a petition by a group of lawyers to the Commissioner of Police in Kano State to prosecute him for his “inciting comments”.

The petition signed by one S.S. Umar reads,

“We are submitting this complaint against one Mubarak Bala of Layin Masallacin Bilai, Karkasara Quarters, Kano.

“The said Mubarak was born and raised as a Muslim but for his own personal reason decided to leave Islam for atheism sometime in 2014 and has since then been writing stuff on his Facebook page that are provocative and annoying to the Muslims.”

Similarly, a Change.org petition titled ‘Mubarak Bala’s Facebook Account Should be Closed,’ which was started three days ago, has been signed by 16,942 as of Wednesday morning.

Bala is expected to be prosecuted for blasphemy, a crime which contravenes the Sharia Penal Code.

The atheist had posted on Monday,

“Fact is, you have no life after this one. You have been dead before, long before you were born, billions of years on death.”

A search through Bala’s Facebook page also shows him mocking Christian clerics, including the founder of The Synagogue, Church of All Nations, TB Joshua.

Nigerians reacting on The PUNCH’s website criticised the arrest.

“Police, you don’t have work. Thieves and kidnappers are everywhere, you are wasting time on religious nonsense.”

“But this man also insults Christianity; so why are they overreacting over this? My friends, just practise your religion; don’t mind what someone else says about you. Allow God Almighty to make His judgment. That’s all.”

“The bottom line is that if a religion is authentically truthful, it can be defended by persuasive reasoning when it is ill spoken of but should not be vengefully fought for when attacked. Why? Because The Truth, not truth in and of itself, has the power to fight for and vindicate itself.”

“Na wa o. The two religions were imported to Nigeria and we are causing troubles every time as (if) we are the owners.”

, “People should not waste their time pursuing shadows because no prophet has lodged any complaint. Those individuals writing petition are not Prophet Muhammad. Even Prophet TB Joshua is a prophet and has not complained. So people should face their normal business.”

“I cannot tell you anything about the offence, why he was arrested. We only received a signal that he should be arrested. It is not our case. The case is (for) Kano State Command.”

Asked if Bala would be transferred to the Kano command, Jalige said,

“I don’t know actually. We are waiting for further directives from Kano State Command. He was arrested yesterday. He is in police custody currently.”

The Kano PPRO, Haruna Abdullahi, however, told our correspondent that he had no comments on the matter.

In 2014, then 29-year-old Bala was said to have been forcefully committed by his family to a psychiatric hospital in Kano when he renounced Islam.

Though Bala’s family believed he was insane, he was later discharged from the psychiatric hospital after he was declared sane.