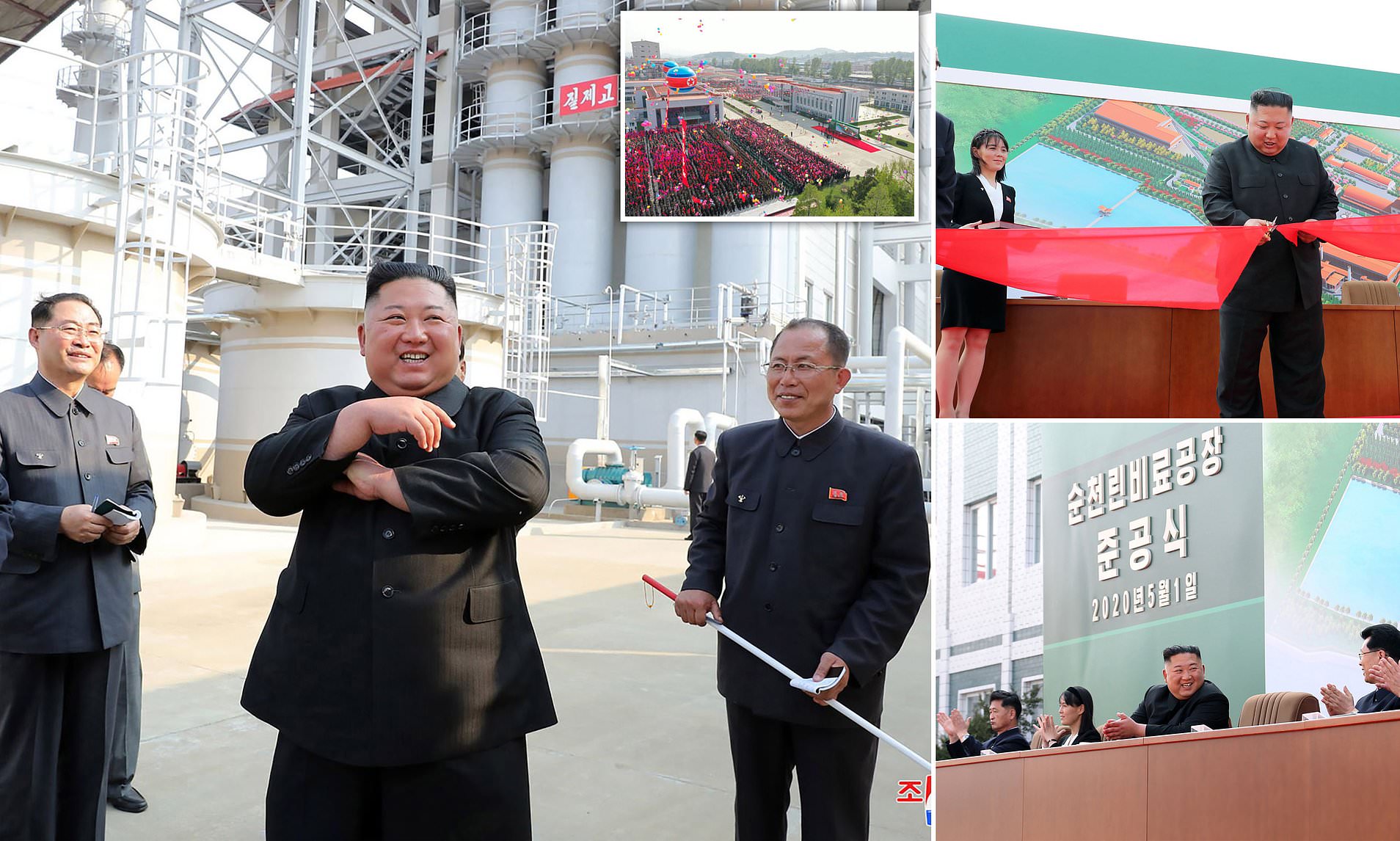 Amid death rumours which started 20 days ago, reports emanating from South Korea indicated that the leader of the North Korea, Kim Jong-un has made his first public appearance.

According to Yonhap; a South Korean paper, the 36year-old North Korean dictator reportedly attended a project completion ceremony at a fertiliser factory in Sunchon, a city in South Pyongan Province, North Korea.

The reports of Kim attending the ceremony originated from North Korean state media and haven’t been verified by Western intelligence agencies or media agencies as North Korea only propagates information that favors the State.

According to Yonhap, Kim Jong-Un’s sister – Kim Yo Jong, also attended but no pictures of the visit have been released. Even though such ceremonies in the past involved photographs as they were ribbon cutting ceremonies.

His health has been the source of much speculation in recent days.

Kim’s health status has been a source of worry ever since it was reported he had surgery after presiding over an April 11 meeting.

On Friday, it was reported that a North Korean defector said Kim’s death could be announced by North Korea in a week.