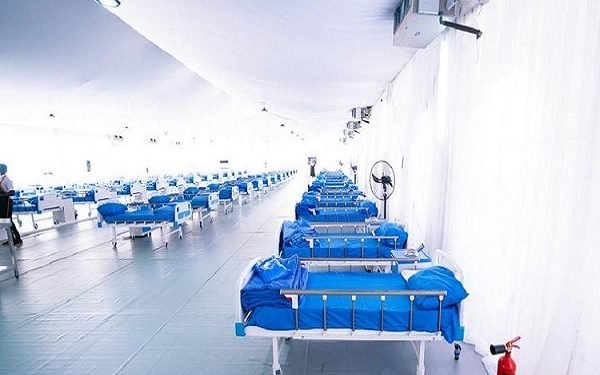 Two COVID-19 patients receiving treatment in Oyo State as well as one each in Niger and Bauchi states have fled from isolation centres.

Oyo State Governor Seyi Makinde said the two people who ran away in the state tested positive to the deadly virus.

He said 975 samples had been collected for test.

The governor said the two fleeing patients brought the number of active cases in the state to 31 instead of 33.

Makinde announced the escape of the patients while giving an update on the state’s COVID-19 figures in a series of tweets on his Twitter handle.

The tweet reads: “We have received more results from pending COVID-19 confirmation tests. The result of one suspected case came back positive on May 03, 2020. The person is based in Ibadan.

“The results of five suspected cases came back positive on May 04, 2020. Four of these five cases are immigrants and the last person is an Oyo State resident.

“The results of five suspected cases came back positive on May 05, 2020. Four of these five cases are travellers from the North and the last one is an Oyo State resident.

“Of the 33 active cases being managed by the state, two have absconded, possibly to their permanent places of residence. This brings the number of active cases in Oyo State to 31.”

The Niger State patient is a woman who absconded from the Minna isolation centre.

Health Commissioner Dr. Muhammed Makusidi spoke on Wednesday on the fleeing patient at a media briefing in Minna, the state capital.

He described the escapee as a confirmed case from Kano, saying efforts were being made to trace her whereabouts and bring her back to the centre.

The commissioner expressed fear over the danger she poses to the state if she is left to mingle with other residents.

In Bauchi, Deputy Governor Baba Tela, who is also the Chairman of the Task Force Response Committee on Lassa Fever and Coronavirus, confirmed the escape of the patient.