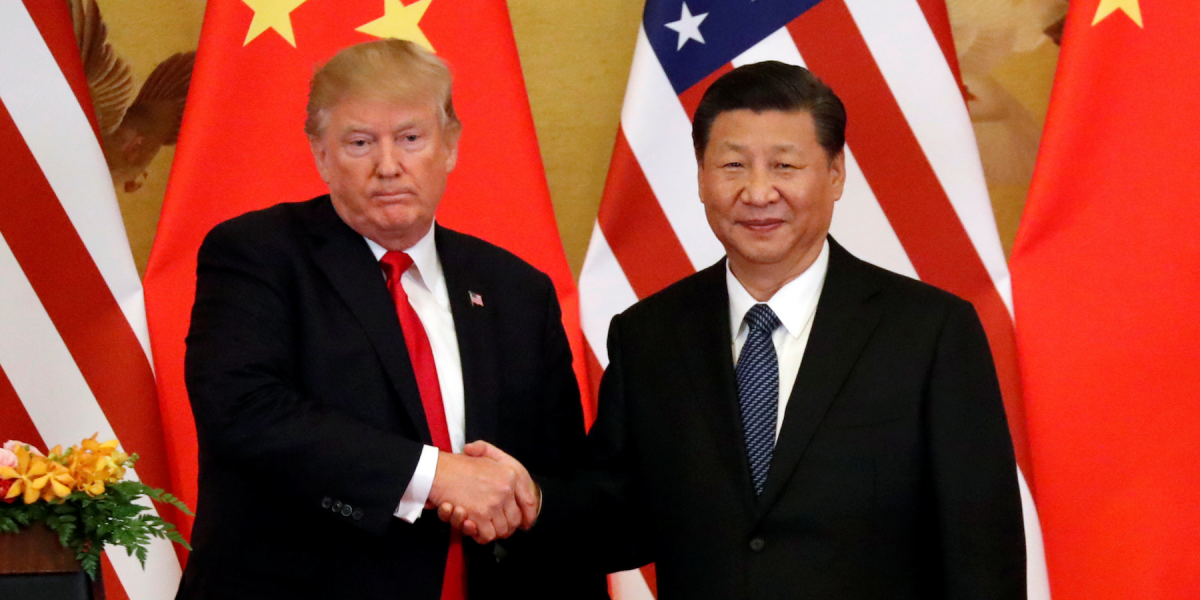 Chinese and US trade representatives agreed on Friday to “create favourable conditions” for the phase one trade deal signed in January, officials said, despite recent tensions over the coronavirus pandemic.

Vice Premier Liu He, who had led Beijing’s negotiations, held a call in the morning with US Trade Representative Robert Lighthizer and Treasury Secretary Steven Mnuchin.

“Both sides said they should strengthen macroeconomic and public health cooperation, strive to create a favourable atmosphere and conditions for the implementation of the phase one US-China economic and trade agreement, promoting positive results,” a notice from China’s Ministry of Commerce said.

US officials said after the call that both parties agreed “good progress” is being made on creating the governmental infrastructures needed to make the agreement a success.

“They also agreed that in spite of the current global health emergency, both countries fully expect to meet their obligations under the agreement in a timely manner,” said the Office of the US Trade Representative and Treasury in a statement.

The countries have also agreed to maintain communication and coordination.

The call is believed to be the first time they have officially spoken about the agreement since it was signed, and comes after both nations traded barbs over the deadly virus.

Last week, US President Donald Trump threatened new tariffs against China after claiming there was evidence linking COVID-19 to a top-security lab in the central city of Wuhan, where the pathogen first emerged late last year. China has denied the claims.

In January, Beijing agreed to import an additional $200 billion in US products over two years, above the levels purchased in 2017, marking a truce in a bruising trade war that had hammered the global economy for almost two years.

But analysts question if China will be able to fulfil the ambitious commitments after the virus outbreak brought business activity to a near halt earlier this year.

Recovery has been slow since, and consumption has yet to bounce back to pre-virus levels.

China’s imports plunged 14.2 per cent in on-year in April, after a 0.9 per cent dip the month before, even though the country has largely brought the coronavirus under control locally.

Nick Marro of The Economist Intelligence Unit said that “shipments from the US remain well below the levels needed to achieve the purchase pledges under the trade accord”.

He added that the pandemic has disrupted supply and demand on both sides of the Pacific, highlighting risks around the survival of the deal.

Although China’s exports defied expectations to rise 3.5 per cent in April, economists believe this is unlikely to last as figures were boosted by shipments of medical supplies against the global pandemic, as well as fulfilments of a backlog built up from a slow business resumption in the first quarter.

Mnuchin said this week, however, that he expects China to uphold the deal signed this year, warning of “very significant consequences” if that did not happen.

The US runs a trade deficit with China, and the objective has been to realign the trade balance between both countries.