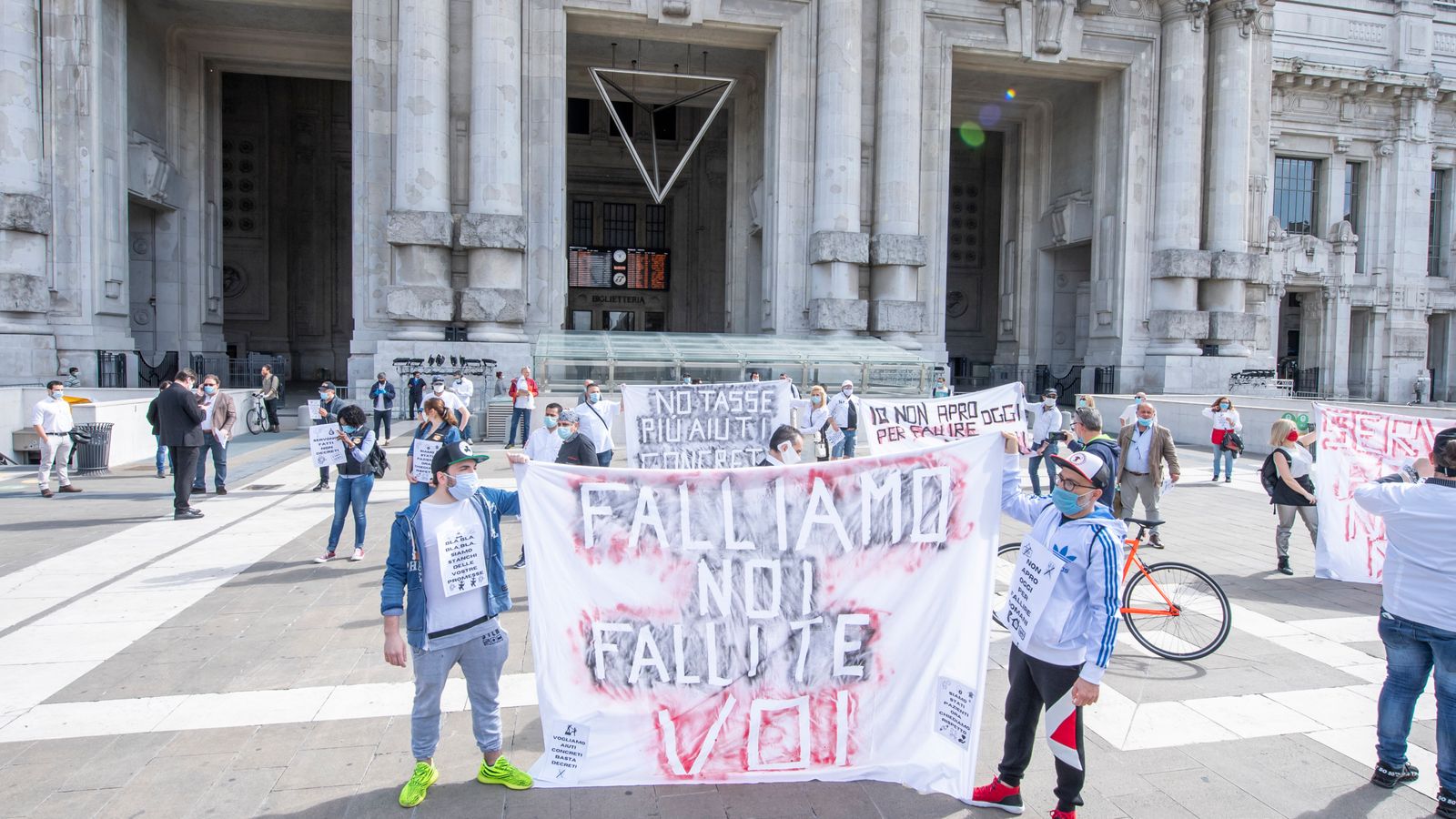 Italy imposed strict lockdown measures in early March, and at one stage had the highest number of deaths in Europe.

Italy will reopen restaurants and coffee bars next week and allow travel in and out of the country next month as it continues to ease its coronavirus lockdown.

A decree signed by Prime Minister Giuseppe Conte on Saturday means that the foreign travel ban will be lifted on 3 June – and people can also start moving freely across the country’s regions on the same day.

Italy was the first European country to impose strict measures in early March after it became the first nation outside Asia to have a major outbreak of COVID-19.

More than 31,600 people have died since the crisis emerged on 21 February, and at one stage Italy had the highest number of deaths in Europe.

It now has the third-highest in the world, after the US and Britain, which have 87,568 and 34,078 deaths respectively.

Italy began lifting restrictions on 4 May, when it allowed factories and parks to reopen after the number of cases of infections and deaths began to fall.

A further easing of the lockdown is due to take place on Monday, with hairdressers, coffee bars and restaurants allowed to reopen – but only if social distancing measures can be guaranteed.

The government has also imposed a requirement to take reservations and keep records of patrons for at least two weeks. It recommends the use of disposable or electronic menus that can be read on personal devices.

But restaurant owners have protested against the rules, saying they are unclear and lamenting that the entire sector – including suppliers and food producers – is suffering.

As of Monday, people will be allowed to move freely inside the region where they live.

The 3 June reopening to foreign travel is a major milestone in the country’s road to recovery, with the government hoping to salvage the forthcoming holiday season, when Italians traditionally escape the cities for their annual summer breaks.

The lifting of the travel ban will come a day after Italy’s Republic Day holiday, in an effort to prevent mass movement of Italians over the long weekend.

The decree also says health authorities will closely monitor the situation to make sure infections are kept in check.

One manager of a clothing shop in central Rome, Alberto Volpe, said: “The challenge is huge, so big it is hard to quantify, and most of all there is uncertainty.

“The sense of uncertainty is dominating everything.”