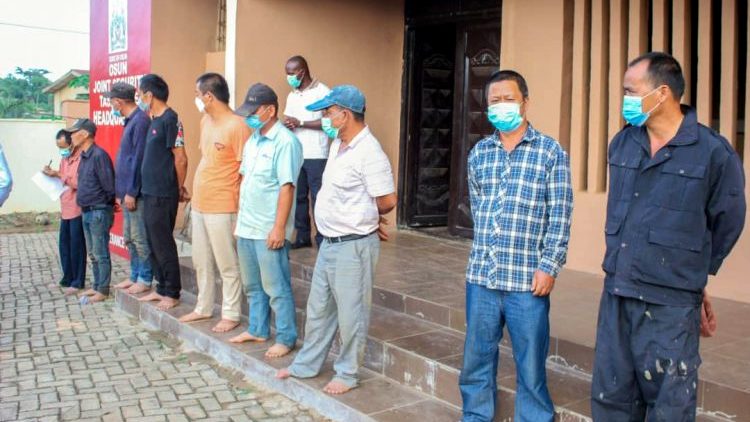 It was said that the expatriates were arrested on Tuesday at four illegal mining sites in Atakunmosa West local government area of the state.

The operation which was carried out by Amotekun corps in collaboration with the State Joint Task Force (JTF) and lasted for two hours at the four illegal mining sites.

The Director-General of Amotekun, Osun State, Comrade Amitolu Shittu, speaking with newsmen in Osogbo, said, the operation was part of the commitment of Governor Adegboyega Oyetola’s administration to rid the state of economic saboteurs.

“Those that were arrested are eleven expatriates, including 10 Chinese and 1 Ghanaian as well as three locals”

The DG commended the JTF comprising Nigerian Army, Air force, Navy, Police, DSS, NSCDC and Immigration for their cooperation with Amotekun corps to make the operation a success.