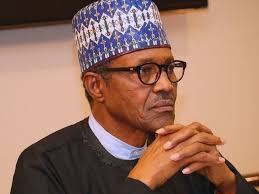 The allegation of over N48 billion fraud in the Ministry of Agriculture and Rural Development has exposed “monstrous corruption in the President Muhammadu Buhari-led administration,” the Peoples Democratic Party (PDP) declared yesterday.

In a statement by its National Publicity Secretary, Kola Ologbondiyan, the opposition party said “the confession by the queried former permanent secretary of the ministry, Dr. Umar Bello, that the duplicitous purchase of an ordinary carcass building for a humongous cost of N7.044 billion passed through the Federal Executive Council (FEC) further exposed the rot that has permeated the Buhari administration.”

The PDP stated that such a revelation had again shown “how the corrupt cabal in the Buhari Presidency and the All Progressives Congress (APC) have been pillaging our national treasury and fleecing our nation of billions of naira through fraudulent transactions in various ministries, departments and agencies, while parading before Nigerians as saints.”

“Nigerians were shocked by reports of how funds meant to service the food security system in our country are being plundered by those in power, resulting in the crippling of our agricultural sector thereby creating attendant hunger and starvation in our land,” PDP further claimed.

The party said it was shameful that the FEC, on President Buhari’s watch, was being fingered in financial manipulations and procurement sleazes in the Agriculture Ministry, including the alleged disappearance of N48 billion contractors’ fund, over N7billion duplicated payments, diversion of N9.1billion worth of drilling rigs to unnamed private individuals, purchase of carcass building for N7.044 billion, in addition to misapplication of billions of naira meant for strategic grains, rural grazing area settlement funds and other food production intervention schemes.

“The fraud in the Ministry of Agriculture has further exposed how officials of the Buhari administration and corrupt APC leaders have turned government ministries and agencies into their Automated Teller Machine (ATM) just as the case of exposed looting of billions of naira in the National Health Insurance Scheme (NHIS), the Federal Inland Revenue Services (FIRS) and National Emergency Management Agency (NEMA) among others,” PDP insisted.

According to the party, “It is even more distressing that the corrupt cabal continues to enjoy official cover while, in some cases, allowed to sacrifice their fronts to conceal their tracks.”

The opposition PDP said it had rejected “this attempt at cheap scapegoatism and demands that the Buhari Presidency should immediately speak out and conduct an open investigation that will expose all those involved in this huge scam in the Ministry of Agriculture as well as recover the stolen funds”.

Moreover, the PDP called on the National Assembly as well as the Economic and Financial Crimes Commission (EFCC) to immediately “commence an investigation into the behemoth of fraud in the Federal Ministry of Agriculture and Rural Development.”

HURIWA made the comment in its reaction to the reported case of Umar Bello who was accused of large scale misapplication of over N10 billion whilst he served as accounting officer of the Federal Ministry of Agriculture and Rural Development, and for allegedly accumulating over N48 billion contractual obligations.

The human rights group said it was “immoral and illegal that rather than ask the EFCC to investigate, arrest and prosecute him for the alleged mismanagement of these humongous sums of public fund, Buhari rather chose the carrots- and- stick or rather outright administrative soft-landing procedure of issuing him query.”

HURIWA lamented that several such high-profile allegations of misuse of public funds, including the financial scandal allegedly linked to the erstwhile Director-General of the National Emergency Management Agency (NEMA), have been swept under the carpet only because the accused public officials were linked to the corridors of power.

Besides, the group condemned the “deliberate undermining of the prosecution of the Secretary to the Government of the Federation under the current administration Mr. Babachir Lawan before the Abuja High Court over N500 million alleged contract scam going by the absence without cogent and verifiable reasons of the EFCC’s witnesses which continues to make the matter foot-drag indefinitely.”

HURIWA recalled that the Head of the Civil Service of the Federation, Dr. Folasade Yemi-Esan, made the allegations in a leaked query she issued to Bello on May 11, 2020.

“HURIWA thinks that rather than asked the Head of Service to issue a secret query on the order of President Buhari, who she said had been briefed about Bello’s conducts, the EFCC is in the better position to pick him up, quiz, prosecute and jail him, but we think these steps are deliberate so the man can quietly be eased out without prosecution or be granted presidential pardon once the people are no longer talking about it as is the case with a plethora of other mind-boggling crimes committed by favoured public officials from the right tribe and religion under this administration.

“We learned that quoting from the civil service rules, PSR 030401 and 030402, the head of the civil service of the Federation Mrs. Yemi-Esan described the allegations against the permanent secretary as acts of serious misconduct which can lead to dismissal if proven.

“This is a deliberate time-wasting gambit by the administration so as to eventually grant him soft-landing given that he is from the core Muslim north who seems to be enjoying immunity from effective and efficient anti-graft investigations and prosecutions.

“HURIWA is shocked that over 80 percent of the witnesses the EFCC presented in court are all coming from the office of the Secretary to the Government of the Federation. Yet the EFCC which is a Federal Government and publicly funded institution is complaining that the witnesses who are employees of the Federal Government are frustrating the prosecution of a matter involving such a high- profile individual most likely because he is seen as a sacred cow, “ the statement noted.

But Civil Society Groups for Good Governance (CSGGG) and allies faulted the allegation of fraud and maladministration brought against Bello.

In a statement by Comr. Dominic Ogakwu, Suleiman Musa and 13 others, they blamed the allegation on those they described as mischief-makers who were keen on painting the administration of President Buhari in a bad light.

The CSOs, who praised the Head of Civil Service, Yemi-Esan, for acting swiftly to unearth the actual facts in the interest of transparency, faulted the media publication on the allegation against the embattled permanent secretary.

“Our preliminary findings have shown that all the transactions made at the Ministry of Agriculture and Rural Development while Bello held sway as permanent secretary were approved following administrative principles, due processes and traditions in the conduct of government businesses. Also, some of the allegations made are transactions that were done prior to the tenure of the accused permanent secretary. This thus means that the petitioners relied on deliberate falsehood to make unfounded allegations. We have conducted scrupulous scrutiny on the matter and can boldly say that Bello did not run foul of public service rules as reflected in ‘incontrovertible’ documents which our findings have come across.

“We, however, congratulate the Head of Service for querying Bello on receipt of such allegations as not doing so would have given the impression that she was shielding persons accused of corruption. This has also cleared all the wrong speculations as all due process was followed, including FEC approval for the purchase of the said building,” the statement noted.

Meanwhile, over 200 contractors who handled the 2018 projects at the Federal Ministry of Agriculture and Rural Development yesterday blocked the entrance of the ministry demanding the sacking of the Minister, Sabo Nanono and the Permanent Secretary, Mu’azu Abdulkadir over an alleged failure to pay N17billion owed to them

The aggrieved contractors gathered at the entrance of the ministry as early as 8:00 a.m. to demand the payment of their money used in executing various projects in 2018.

Despite chants of various solidarity songs to disrupt official activities at the ministry, neither the minister nor the permanent secretary came out to address the aggrieved contractors, who were restrained by security agents from gaining access to the offices of the two top officials.

The leader of the group, Daniel Mozie told The Guardian that although the directors tried to manage the situation by inviting him to their office, he was restrained by other contractors because of the fear of being induced by them.

“For a very long time, we have been talking with them, now we are tired of talking, we are demanding that they pay us our money. Many of our members are heavily indebted to banks, they are really on our neck. How do we pay them if we don’t get our money?”

Mozie claimed that some of them were being owed between N3million and N8million and he had appealed to the permanent secretary to pay the debts that were not so much so that the number of contractors being owed could go down, but all to no avail.