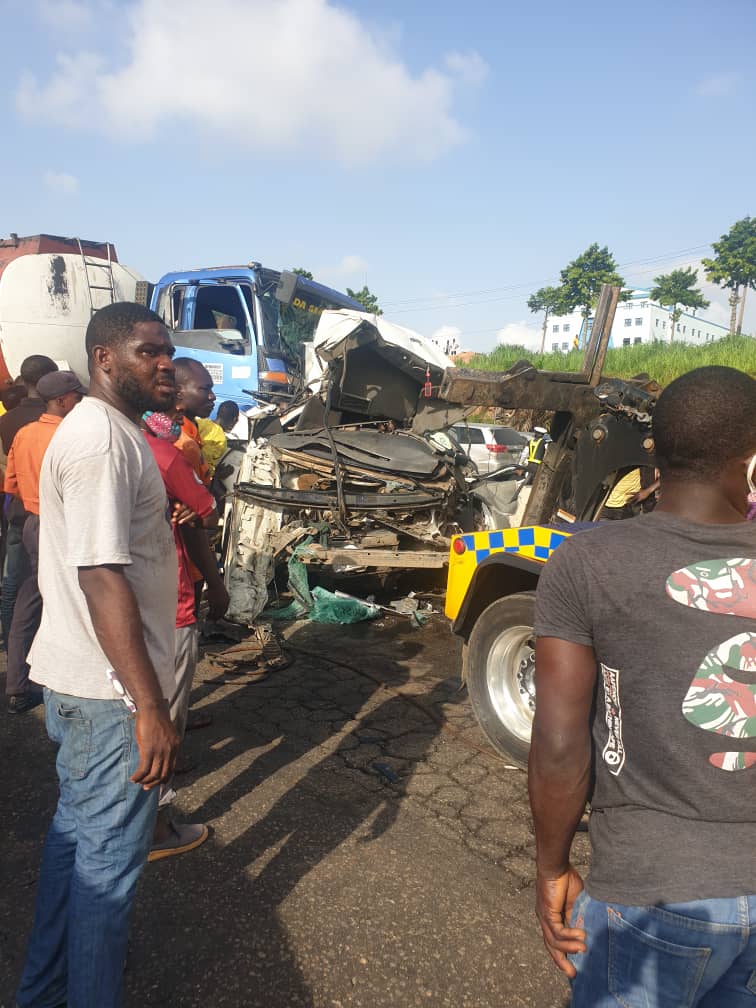 A fatal accident around Otedola bridge area has claimed the life of an unidentified woman.

According to a top security source, the accident happened at along the express road, by Mobil petrol station, inward Berger.

“a tanker fully loaded failed break and ram into an inter-state Mazda bus. Six people critically injured including a boy of about 9years old, one woman died and the injured have been taken to the hospital while the dead body of the woman has been taken to the mortuary.

“Accidented vehicle has been removed off the road by LASEMA and road has just been open for traffic to flow”.