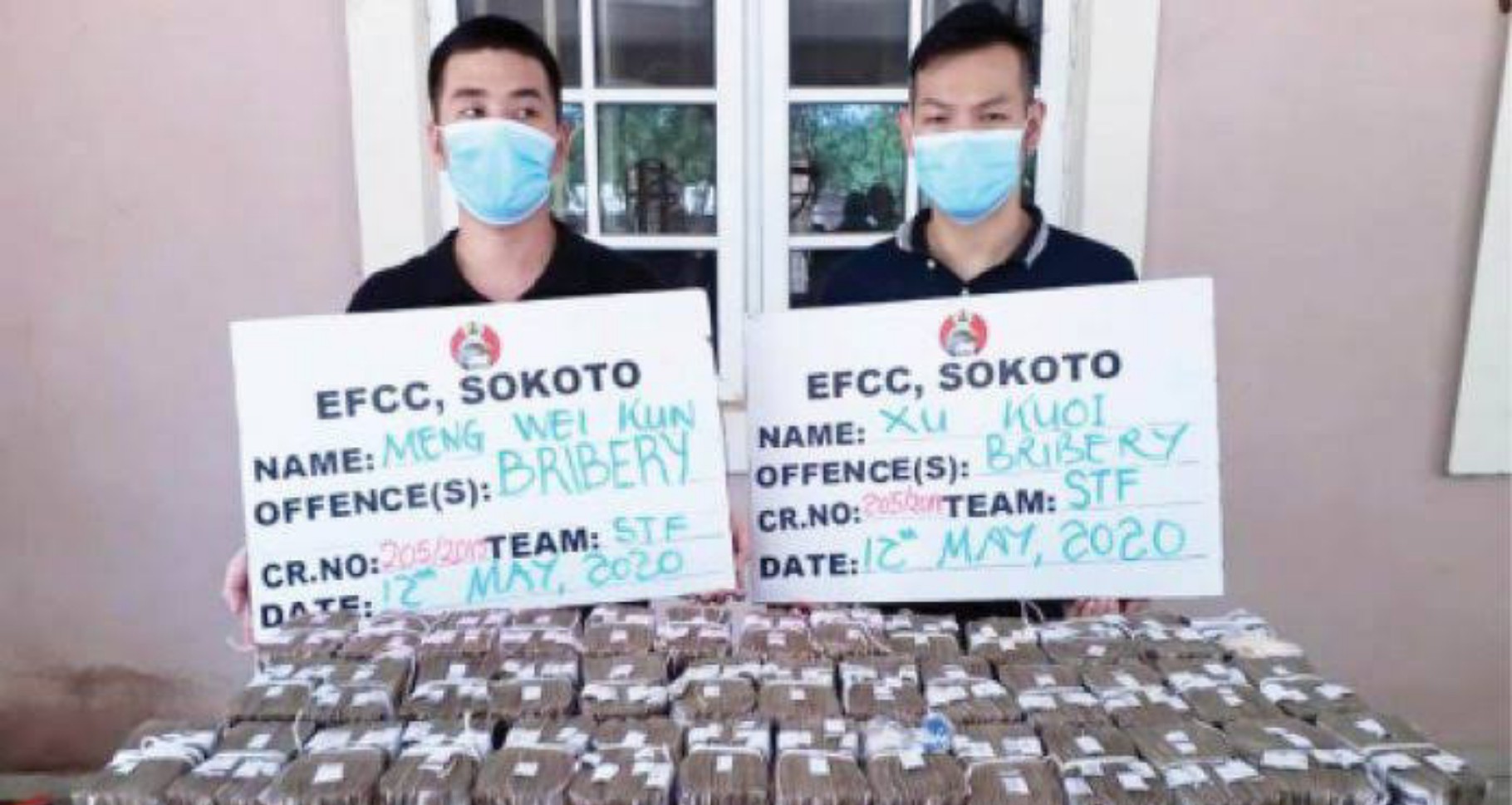 The judge granted the defendants bail in the sum of N5 million each to be deposited with the Director Litigation, High Court of Sokoto State, with two sureties in like sum, one of whom must be resident in the state and must deposit a Certificate of Occupancy of his landed property within the jurisdiction of the court.

He also ordered the defendants to submit their international passports with the chief registrar of the court and demanded that they take an undertaking that they would not travel out of the country throughout the duration of their trial.

The Chinese duo was arraigned on Friday, May 15, 2020, on a two-count charge of conspiracy and offering a bribe to a public servant to the tune of N100 million contrary to Section 83 of the Sokoto State Penal Code Law, 2019 and Punishable under Section 83 (2) of the same Law.”

The anti-graft agency accused the defendants of attempting to bribe Lawal to the tune of N100 million, of which a N50 million instalment was delivered on Monday, May 11, 2020, on behalf of a construction company China Zhonghao Nig. Ltd which the EFCC is investigating for an alleged contract scam to the tune of over N50 billion between 2012 to 2019.