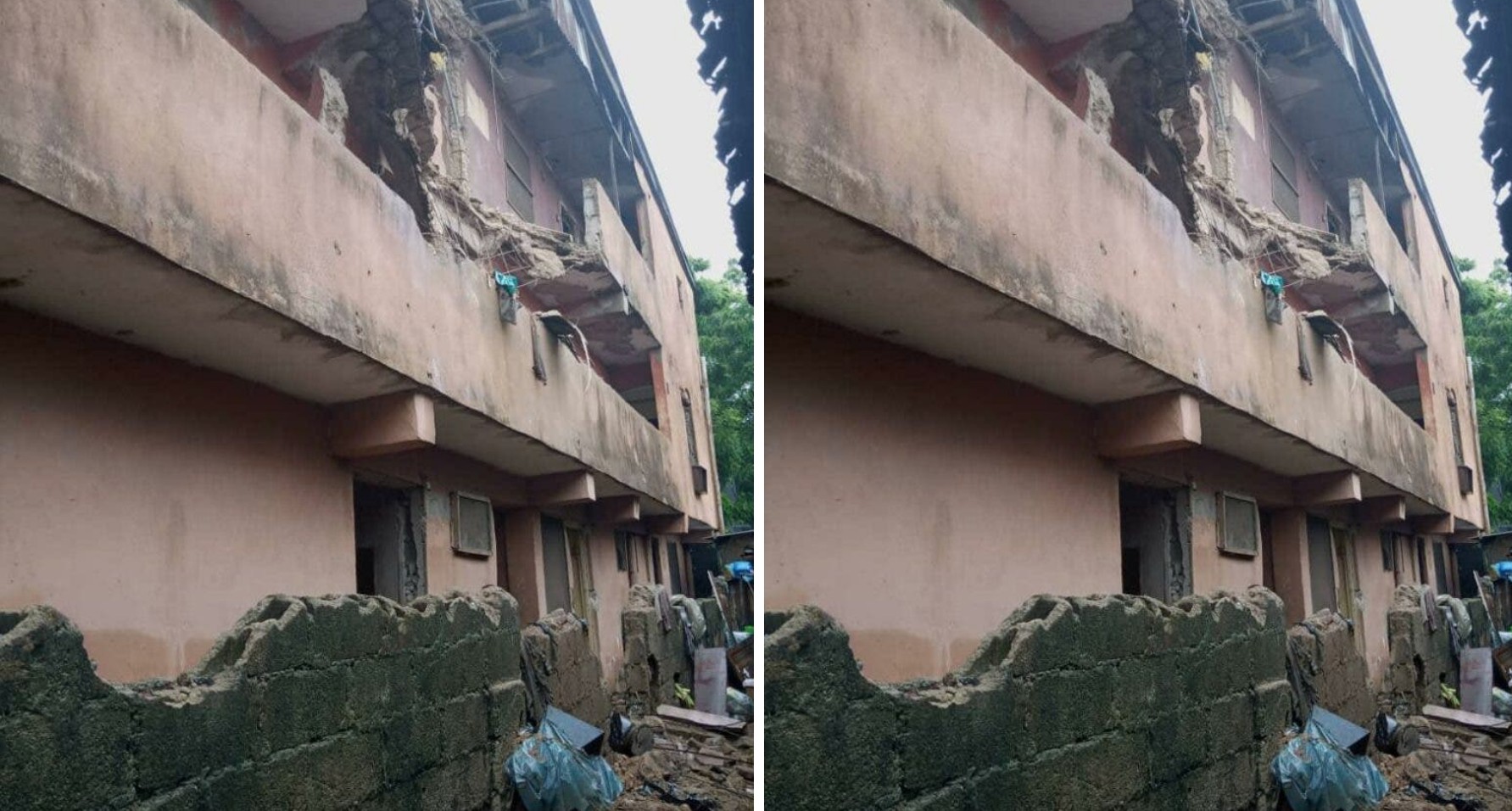 It was gathered that the incident, which occurred around 9.45 am amid heavy downpour left parts of the building destroyed.

Director-General, Lagos State Traffic Management Agency, LASEMA, Dr. Femi Oke-Osanyintolu who confirmed the report said all the occupants have been evacuated and directed to relocate to safe accommodation.

According to information, sequel to the collapse, the building had shown signs of distress due to lack of maintenance on the part of the owner.

Speaking further, Oke-Osanyintolu said “Upon arrival at the scene of incident, it was discovered that an old storey building was severely distressed with the reinforcement having corroded resulting in visible cracks on the walls and pillars likely due to a lack of maintenance.

“Fortunately, there is no loss of life nor injury sustained at the scene. LASEMA responders and Lagos Building Control Agency, LABCA officials and other emergency responders are currently at the scene of incident to salvage the situation.

“Meanwhile, all the occupants have been immediately evacuated and the entire building cordoned off to prevent any secondary incident. Rescue operation ongoing.” he concluded.