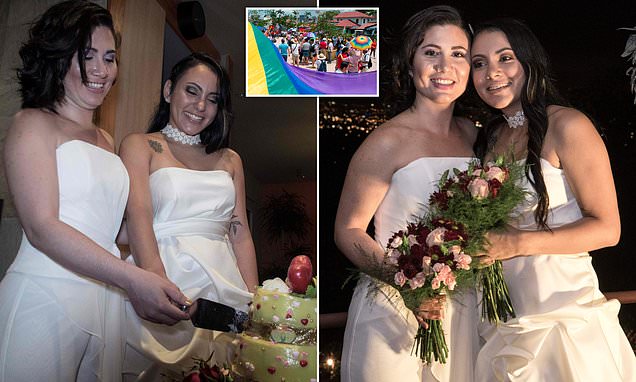 Costa Rica legalised same-sex marriage on Tuesday, becoming the first Central American country to do so, as a court ruling came into force at midnight.

Planned celebrations did not take place because of the coronavirus pandemic, but a special program about LGBT rights was broadcast on public television and online as the first weddings were held.

“This change will bring about a significant social and cultural transformation, allowing thousands of people to marry,” said President Carlos Alvarado in the program.

Costa Rica is the eighth country in the Americas to recognise same-sex marriage — a group that includes Brazil, Ecuador and Argentina, as well as Canada and the US.

The move was triggered by a 2018 ruling of the Supreme Court which declared the part of the law banning gay marriage was unconstitutional.

That ruling gave parliament 18 months to legislate on the matter — but it did not, so the provision was automatically annulled.

“Costa Rica is celebrating today: marriage equality has become a reality in the country — the first one in Central America,” said the International Lesbian, Gay, Bisexual, Trans and Intersex Association (ILGA) in a tweet.

“We rejoice with you: congratulations to all those who worked so hard to make it happen!”

Victor Madrigal-Borloz, the UN’s Independent Expert on Sexual Orientation and Gender Identity, called it “an extraordinary moment of celebration” in a tweet posted hours before midnight.

He expressed “gratitude to the work of so many activists, and of quiet reflection of the lives of those who lived without seeing this moment”.