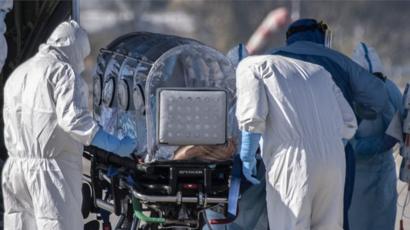 Chile registered a new high for coronavirus cases on Monday, with nearly 5,000 infections in 24 hours, including two ministers in President Sebastian Pinera’s government.

Public Works Minister Alfredo Moreno and Energy Minister Juan Carlos Jobet said they were among those with the disease.

“I have been informed that the COVID-19 test I had a few days ago was positive,” Moreno said on Twitter, adding that he had no symptoms so far.

The 63-year-old minister had placed himself in quarantine after one of his staff tested positive.

Jobet also tested positive after starting to quarantine preventatively on Saturday, “when he experienced mild symptoms, which could be associated with the disease,” a statement from the Energy Ministry said.

The 44-year-old minister “has had no direct contact with President Sebastian Pinera or other cabinet members in recent days,” the statement said, without specifying how he became infected.

Three other ministers, who had self-quarantined after being in contact with infected people, all tested negative and resumed work.

Chile suffered a surge in infections last week, prompting the government to order the lockdown of Santiago.

The capital is the main focus of the pandemic in Chile, with 90 percent of the country’s 74,000 cases.

Last week, the Senate was closed after three senators tested positive for the coronavirus. Sessions were held by video conference.