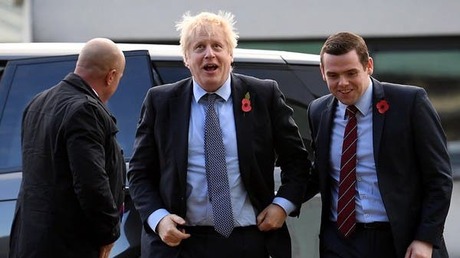 Undermining attempts by ministers to try and move on from the crisis which has dominated British politics for four days, Ross said he could not justify Cummings remaining in post to his constituents.

“I have constituents who didn’t get to say goodbye to loved ones; families who could not mourn together; people who didn’t visit sick relatives because they followed the guidance of the government,” he said in a Twitter statement announcing his departure.

“I cannot in good faith tell them they were all wrong and one senior advisor to the government was right.”

He added that Cummings’ interpretation of government rules was “not shared by the vast majority of people”.

The resignation will put more pressure on Cummings, who held a press conference Monday to justify driving his wife and young son on a 264-mile (425-kilometre) trip from London to Durham in the northeast off England during the height of the coronavirus crisis.

In response to the resignation, Downing Street said it “regrets” the minister’s decision.