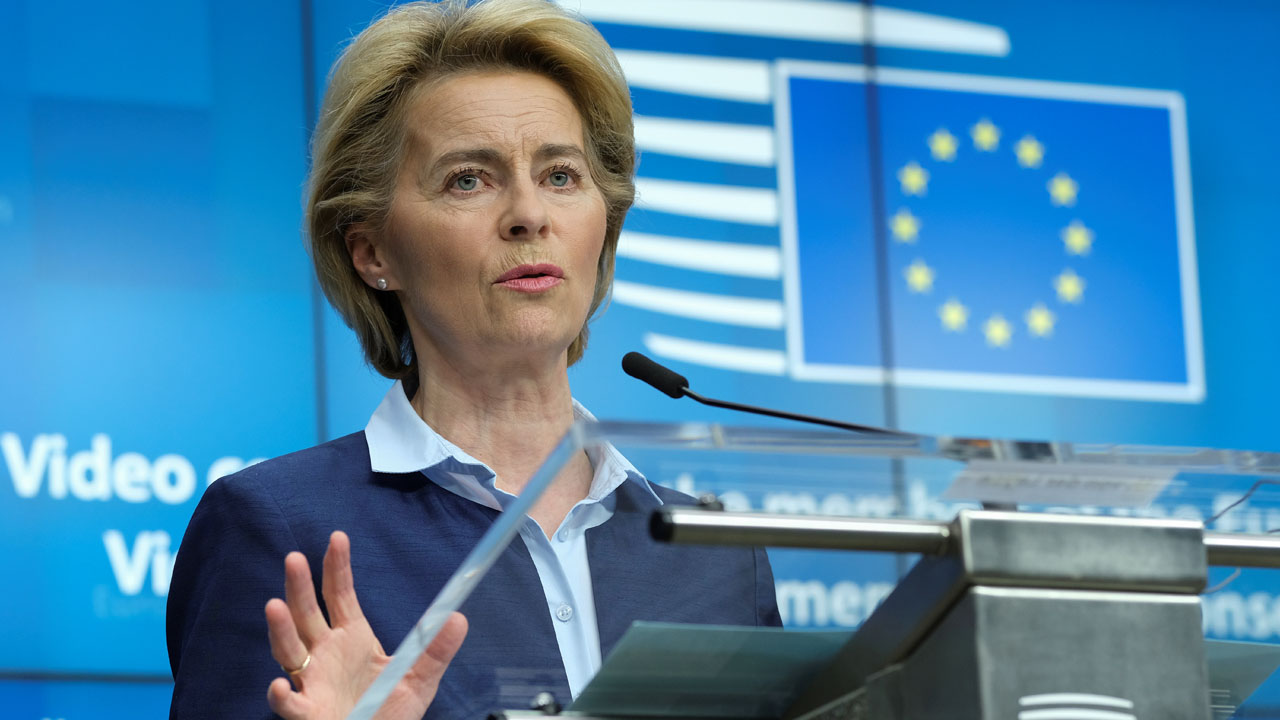 European Union chief Ursula von der Leyen on Wednesday proposed a 750-billion-euro post-virus recovery fund for Europe but will have to win over sceptical member states to push it through.

The global coronavirus outbreak has already thrust the EU into its deepest-ever recession, and Von der Leyen’s proposal will set out to help the worst affected countries.

If passed, the proposal would be the biggest EU stimulus package in history and could see Europe-wide taxes on plastics, carbon emissions and big tech — a major power boost for Brussels.

Paolo Gentiloni, the EU Economic Affairs Commissioner, hailed the proposal as a “European breakthrough” that would “tackle an unprecedented crisis”.

The virus has killed more than 173,000 people in Europe and puts its economy in a deep freeze, with businesses only slowly reopening and tight controls on borders still stifling travel and trade.

The plan comes following big pressure from Italy and Spain, Europe’s first victims of the outbreak and too burdened with heavy debts to alone rebuild their economies.

If member states accept the deal as drafted, Italy would receive 81.8 billion euros in direct aid over the next three years, and 77.3 billion euros would go to Spain.

In all the EU would offer grants of 405 billion euros, with 28.8 billion euros going to Germany and 38.7 billion to France.

In addition, the countries would get loans, with Italy receiving credits for 90 billion euros and Spain 31 billion.

The loans and grants to be offered to member states come to just over 650 billion euros and another 100 could be spent by EU-run rescue programmes, officials told AFP.

The commission made its landmark proposal just days after German Chancellor Angela Merkel endorsed a plan to allow the EU’s executive to borrow 500 billion euros ($550 billion) on markets to fund it.

Merkel, the EU’s most influential leader, also said that the aid could come through grants rather than loans, another policy U-turn by Berlin.

The commission now faces a counter-proposal from the so-called Frugal Four: northern EU member states who have traditionally opposed transferring budgets to the indebted south.

They have insisted on a loans-only rescue, accusing southern Europeans of living beyond their means and piling on debt instead of choosing cost-cutting reform.

The grants versus loans debate is no small matter, with Italy, Greece and Spain already crippled by mountains of debt, despite embarking on painful reforms since the 2008 financial crisis.

The European Central Bank on Tuesday warned that more debts incurred by countries already under pressure could spook the markets and endanger the euro single currency.

The fund will be linked to the EU’s long term budget for 2021 to 2027 and both must be adopted unanimously by the 27 member states and ratified by MEPs.

Von der Leyen will deliver the plan to the European Parliament later on Wednesday before hosting a news conference.

“It’s not yet a fiscal union, because it’s limited in time, but it creates an important precedent,” he added.

Von der Leyen will then devote the next weeks and months to tough negotiations along with the EU Council head Charles Michel, who chairs EU summits.

Diplomats predict talks could drag on until at least July when Germany will take over the rotating EU presidency.

Financing the plan could take even longer as it would require ratification by national parliaments across all EU member states — an unpredictable process.

The 19 countries that use the euro single currency have already made available 540 billion euros in loan guarantees for emergency health spending.

The commission, the EU’s watchdog, has also approved two trillion euros in state aid since the beginning of the crisis, almost half by Germany.