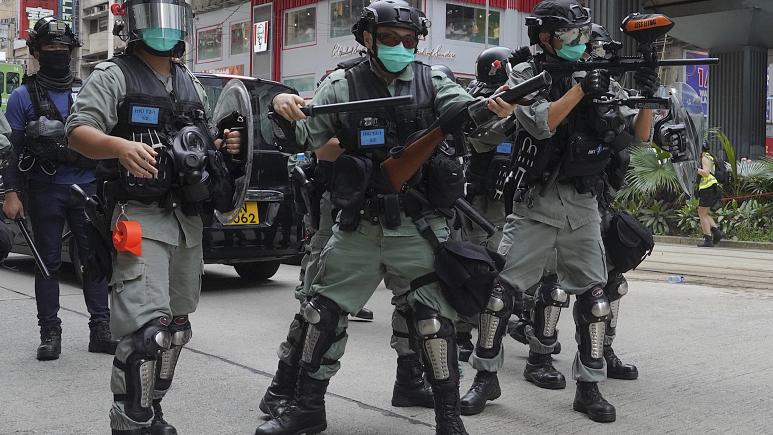 Britain vowed to extend visa rights and provide 300,000 Hong Kong British nationals (overseas) passport holders with a path to citizenship should China impose a controversial security law that would curtail freedoms in the territory.

“If China goes down this path and implements this national security legislation we will be required to change the status of BN(O) passport holders and set in train arrangements which allow them to come to the UK for longer than the current six month period and to apply for extendable periods of 12 months of work and study, which itself will provide a pathway to citizenship,” Foreign Secretary Dominic Raab said on Thursday.

His video message came after the UK released a joint statement with Australia, Canada and the United States in which they reiterated their “deep concern” over the new security law.

“China’s decision to impose the new national security law on Hong Kong lies in direct conflict with its international obligations under the principles of the legally-binding, UN-registered Sino-British Joint Declaration,” they added.

Western countries have warned that the proposed Chinese legislation would undermine the “one country, two systems” treaty the UK and China agreed upon before the former British colony was handed over to Beijing in 1997.

The new law, which has been backed by China’s parliament and is expected to kick in in June, would allow Beijing to install its own security agencies in the region and to criminalise secession, subversion — actions undermining the power of the authority — and foreign interference.

It has led to renewed mass demonstrations in Hong Kong and to violent clashes between protesters and police.

China has rejected criticism with a spokesperson for the foreign ministry arguing on Wednesday that “the issue of legislation to safeguard national security in Hong Kong is purely China’s internal affairs”.

But US Secretary of State Mike Pompeo announced on Thursday that with the law, the US no longer considers the former British colony to have “a high degree of autonomy from China” and that as such, it doesn’t warrant being treated differently than mainland China any longer.

This could have significant implications for the territory. It could lead to the suspension of preferential US tariffs and leave the door open to economic sanctions which would shake confidence in the territory’s status as a global financial hub.

Britain first issued the BN(O) passport in 1987, two years after the Hong Kong Act that would bring an end to the UK’s sovereignty over the Chinese territory was signed.

The new class of passport was handed out to permanent residents of Hong Kong up until the territory they ceased to be British Dependent Territories citizens in 1997.

China's proposed national security law for Hong Kong is in direct conflict with its obligations under the Joint Declaration. If enacted, this law would violate Hong Kong’s autonomy and freedoms. UK and 🇺🇸🇦🇺🇨🇦 are deeply concerned.
https://t.co/bbGgJgHklw pic.twitter.com/e7eQySFDFX