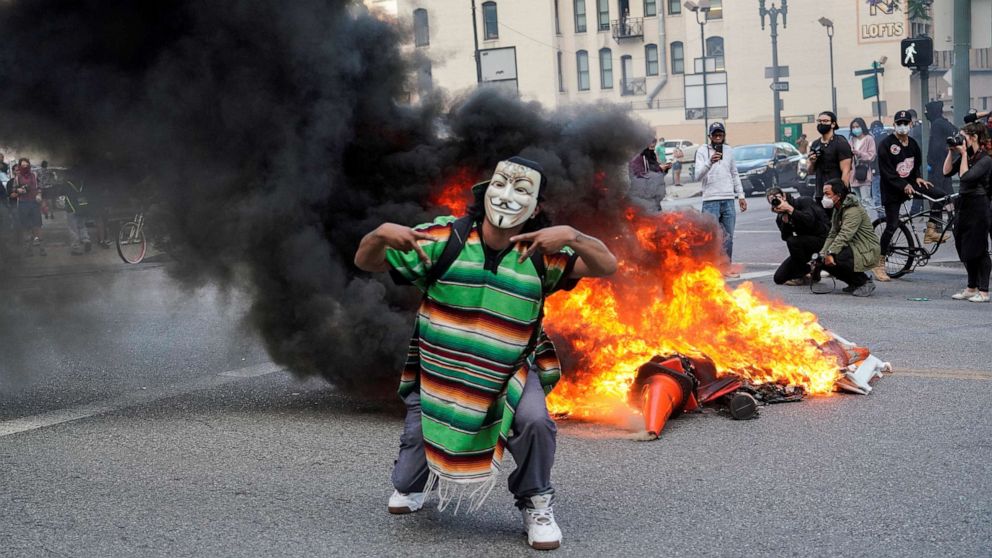 The death of George Floyd, a black man seen in a video pinned down by a white police officer and who later died, has caused outrage in Minneapolis and across the United States. What started as mostly peaceful protests earlier in the week have turned into chaos.

City leaders have pleaded with communities to voice their outrage in a lawful manner, but the widespread escalation of protests continued Friday night into Saturday.

In the wake of Floyd’s death, murder and manslaughter charges have been filed against Derek Chauvin, one of four officers at the scene, all of whom have been fired. The Department of Justice said a full investigation of the incident is a “top priority.”

Prosecutors said Chauvin, seen in the video pressing his knee against Floyd’s neck, had his knee on Floyd’s neck for eight minutes and 46 seconds, including for two minutes and 53 seconds when Floyd was unresponsive.

READ  Photos & Video: Anambra Pastor Stripped And Paraded In Village After He Was Allegedly Caught With Charms
Share this Post[?]