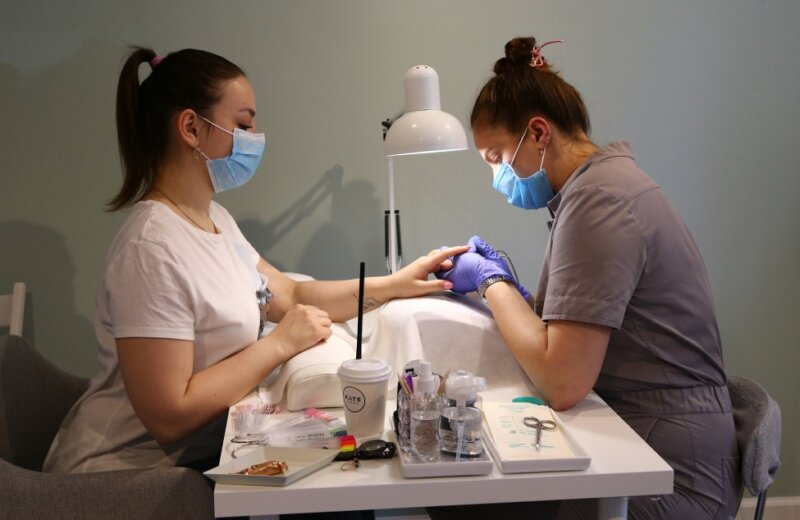 Moscow residents ventured out to exercise, stroll and shop on Monday as the city eased a strict nine-week lockdown, but millions remained largely confined to their homes as Russia recorded thousands more coronavirus cases.

President Vladimir Putin has ordered officials to begin easing restrictions despite Russia having the world’s third-highest number of confirmed infections, and was due on Monday to be presented with an ambitious economic recovery plan.

Putin said last week that Russia had passed the peak of its epidemic and is anxious to get the country moving again, especially in Moscow where he announced plans for a huge military parade on June 24.

Russia continues to record a significant number of coronavirus cases — with 9,035 new infections on Monday bringing its total to 414,878, behind only the United States and Brazil in the global tally.

Another 2,297 cases were recorded in Moscow, the epicentre of the crisis in Russia.

Officials say the high numbers are the result of large-scale testing and that a steady decline in new infections and a low reported death toll of 4,855 mean Russia can ease restrictions.

Critics have accused authorities of under-reporting deaths and of putting people at risk by moving too quickly to lift the most severe lockdown measures.

With more than half of the recorded cases in Moscow and the surrounding region, authorities in the city of more than 12 million have been cautious in lifting restrictions in place since March 30.

On Monday retail shops and shopping malls were allowed to re-open and residents were able to exercise outdoors before 9:00 am, but with masks required at all times and gloves needed in shops and on public transport.

At her shop selling handbags and jewellery in central Moscow, Olga said she was happy to be serving customers again.

“We opened two hours ago but we already have a few clients. I’m pretty optimistic, I think people will come back little by little.”

But millions of the city’s residents were still required to spend most of their time in their homes, with those allowed to work required to obtain official passes.

As a two-week test measure, Mayor Sergei Sobyanin said residents will be allowed to take walks within two kilometres of their homes according to a staggered schedule based on their address.

The convoluted system — which allows walks between 9:00 am and 9:00 pm no more than three times a week — has drawn ridicule, with some quipping that life in Moscow was beginning to imitate dystopian fiction such as the novels of Aldous Huxley and Yevgeny Zamyatin.

Popular comedian Maxim Galkin, who has nearly eight million followers on Instagram, released a sketch in which Putin and Sobyanin discuss a “breathing schedule” for Moscow residents.

Restaurants, cafes and cinemas were to remain closed and no mass gatherings would be allowed until at least June 14.

Russia’s economy has been hit hard by the pandemic, with one study last month saying a third of Russian companies were at risk of bankruptcy, especially in the trade and services sectors.

Unemployment hit 5.8 percent in April, its highest level in four years, despite companies being ordered to keep locked-down staff on paid holiday.

Pressure has been building for Russia to tap its $150 billion in reserves, after initial economic aid plans were criticised as too modest.

Prime Minister Mikhail Mishustin was due to submit a two-year economic support programme to Putin on Monday.

“Its main goal is to find a stable path to economic growth (and) to increase the real incomes of our citizens,” Russian news agencies quoted Mishustin as saying on Monday.

Critics have accused the government of not doing enough to support businesses and ordinary Russians during the crisis, and Putin’s approval rating fell to a historic low of 59 percent in an April poll.

The Kremlin is also expected to soon announce a new date for a vote on constitutional reforms — originally planned for April — that could pave the way for Putin to potentially stay in power until 2036.