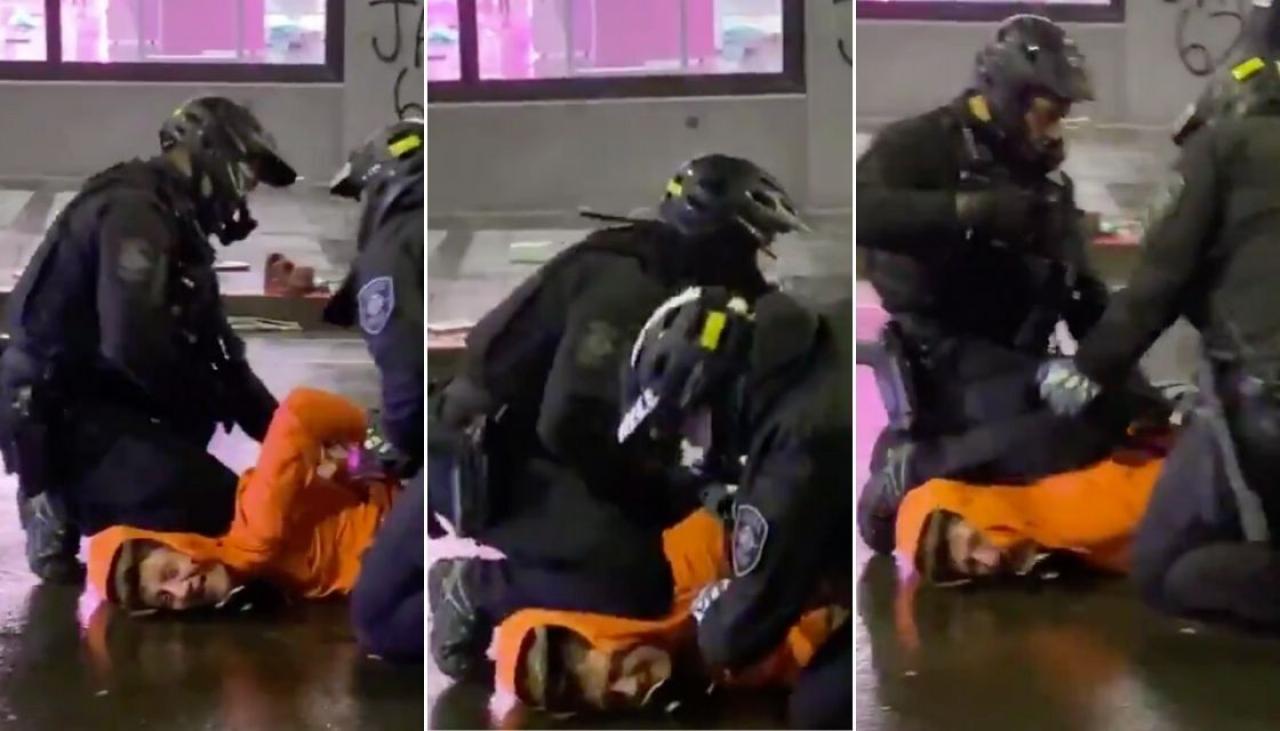 Days after video of a cop forcefully placing his knee on a suspect’s neck identified as George Floyd, another video of a cop removing the knee of his colleague from a protester’s neck has gone viral after being shared online.

The incident occurred in Seattle on Saturday May 30.

Many social users have described the video as a life-saving act as many recalled how a similar incident led to the death of George Floyd which has set off series of protests in the United States.

The video was also likened to cops checking cops to avert repetition of the sad incident and seen as one of the most graphic and useful lessons from the sad death of Floyd.