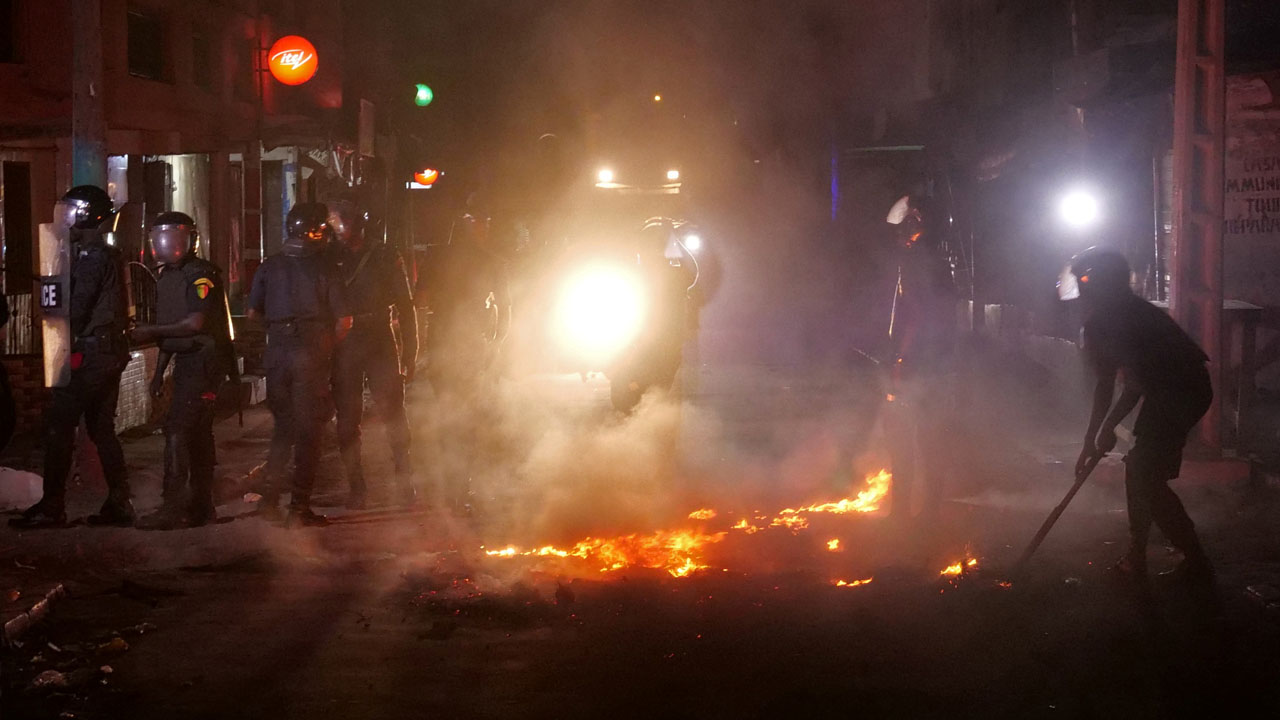 Senegal said Thursday it would ease an anti-coronavirus curfew and lift restrictions on inter-city travel following two nights of protests that were marked by violence.

“From today, transport restrictions across the country are being lifted, with the curfew being maintained from 11 pm to 5 am,” he said on state television.

“Gatherings in public or private places, restaurants, gyms, casinos will also benefit from these relaxation measures,” he said.

More than 70 people were arrested on Wednesday after demonstrations, focused on the curfew, broke out in several cities.

One of the centres of unrest was Touba, Senegal’s second-largest city located around 200 kilometres (120 miles) east of the capital Dakar, and the seat of a politically powerful Sufi Muslim order, the Mouride Brotherhood.

Several police vehicles there were set ablaze and a coronavirus treatment centre and post office buildings were attacked, sources said.

The Brotherhood’s leader, Serigne Mountakha Mbacke, appeared on television late Tuesday to urge protesters to go home and vowed to address the problems.

The curfew was imposed by President Macky Sall on March 23 and has been implemented in tandem with a ban on travel between Senegal’s regions.

Demands for an easing of restrictions have mounted in the face of the plight of many Senegalese who depend on day-by-day jobs.

Around 40 percent of the population live below the threshold of poverty, according to a World Bank benchmark.

The West African state has recorded 3,932 cases of coronavirus, 45 of them fatalities, according to a toll compiled by AFP.

The figures are low compared to countries in Europe and the United States, although experts caution that, as elsewhere in Africa, Senegal is vulnerable to the pandemic because of its weak health system.