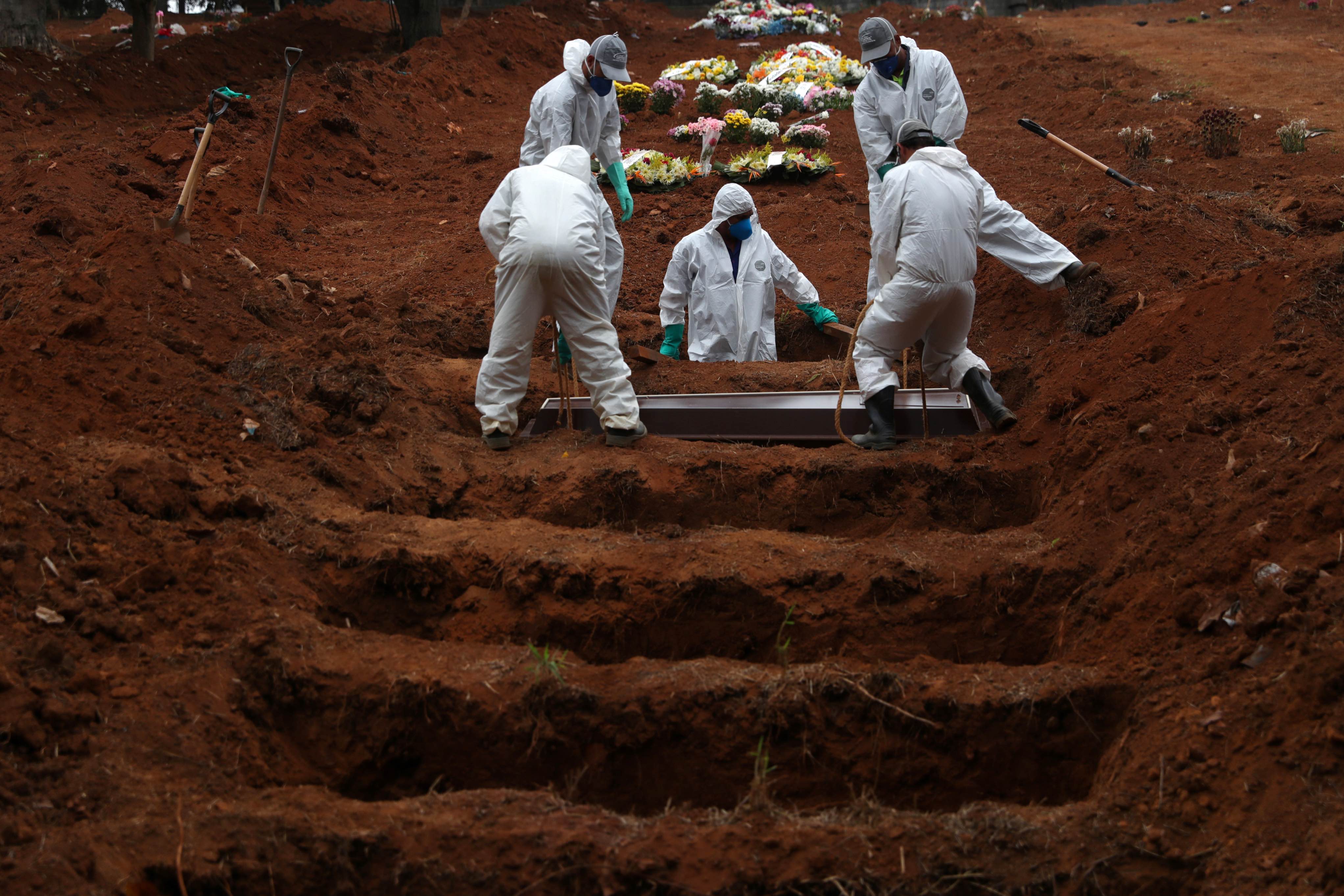 Brazil’s death toll from the novel coronavirus has surged past 34,000 to become the third-highest in the world, surpassing Italy’s, according to official figures released Thursday.

The South American country reported a new record of 1,473 deaths in 24 hours, bringing its overall toll to 34,021, behind only the United States and Britain.

Brazil has now confirmed 614,941 infections, the health ministry said — the second-largest caseload in the world, behind the US.

Experts say under-testing in Brazil means the real numbers are probably much higher.

The latest figures underlined the grim toll the virus is taking in Latin America, the latest epicenter in the pandemic.

Brazil, a country of 210 million people, has been the hardest-hit in the region.

President Jair Bolsonaro has fiercely criticized coronavirus stay-at-home measures, even as the number of infections and deaths continues to soar.