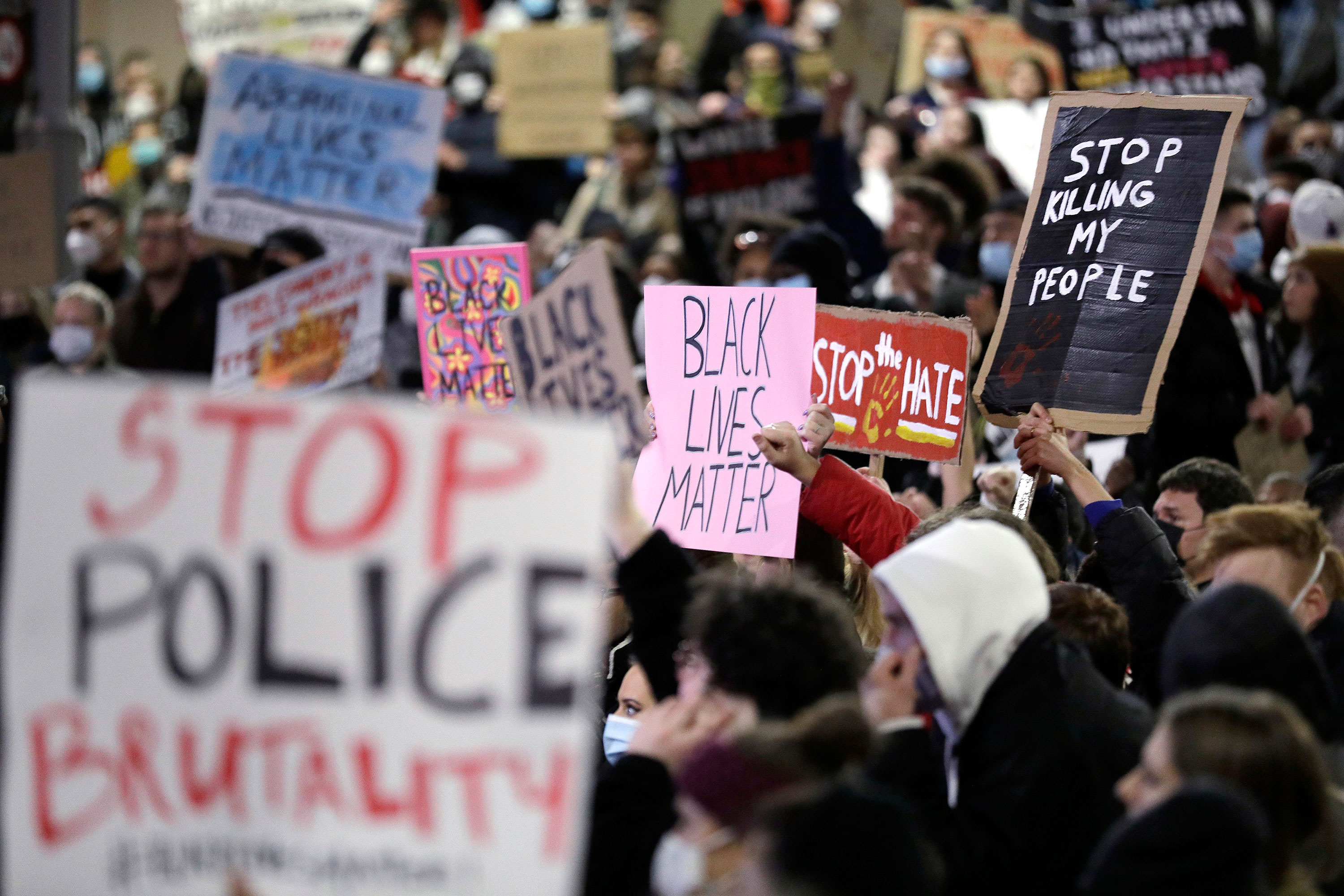 George Floyd’s death was staged. US authorities cut communications in the country’s capital. People can be paid to be a “professional anarchist.”

False information and conspiracy theories such as these surrounding demonstrations over Floyd’s death in Minneapolis police custody are spreading online, sowing more mistrust and division as the United States grapples with widespread anger over its long history of police violence against African Americans.

Such claims — many of which appear aimed at delegitimizing protesters — serve to widen the gulf between protest supporters and opponents as well as between demonstrators and law enforcement, increasing the risk of conflict and making a common path forward all the more difficult.

“This is a perfect storm, extremely vulnerable to social media manipulation,” Emerson Brooking, a resident fellow at the Atlantic Council’s Digital Forensic Research Lab, which focuses on identifying and exposing disinformation, told AFP.

“Any political crisis is vulnerable to mis/disinformation. The threat is elevated when the crisis is fast-moving, when it involves violence, or when it touches a ‘third rail’ social issue. George Floyd’s death and the subsequent protests combine all three,” Brooking said.

– ‘Delegitimize the protesters’ -Floyd was killed on May 25 in the US city of Minneapolis when a white police officer knelt on his neck for more than eight minutes after the black man was accused of using a counterfeit $20 bill to purchase cigarettes.

Demonstrators have taken to the streets in all 50 US states for largely peaceful protests over Floyd’s death, but looting, arson and vandalism have also hit various cities, prompting US President Donald Trump to threaten military action to quell the unrest.

Trump himself has contributed to polarization over the protests, and his tweet threatening that “when the looting starts, the shooting starts” was flagged by Twitter for “glorifying violence.”

Brooking said that “the majority of false claims I have observed are intended to delegitimize the protesters. By inventing, decontextualizing, or overemphasizing violent incidents among overwhelmingly peaceful protests, it becomes possible for a government to justify more suppressive force against them.”

In one example of efforts to sow division with false information, one or more far-right white nationalist posed as the far-left political movement Antifa on Twitter, encouraging “comrades” to “move into the residential areas… The white hoods…. and take back what’s ours.”

Facebook users have also claimed that Floyd’s death was staged or even that he is still alive, despite a publicly released autopsy report.

“I believe Mr Floyd is still alive. This was just a show to start race wars,” one user wrote.

– ‘Coordinated information operation’ -Images of a false flyer have circulated on Facebook, advertising the alleged opportunity to “Get paid to be a… Professional Anarchist!”

The flyer also linked the effort to a local Democratic Party branch and the philanthropic Open Society Foundations funded by billionaire George Soros, a favorite target of conservative conspiracies.

Meanwhile, a false claim that communications were blocked in Washington early on June 1 was spread across Twitter using the #DCBlackout hashtag.

Alex Engler, a fellow at the Brookings Institution who studies the implications of artificial intelligence and emerging data technologies, told AFP that the communications claim was “pushed by hundreds of suspicious accounts” in what “appears to be a coordinated information operation.”

READ  Atiku’s Late Father’s Friend Says Their Family Are Not Nigerian; Reveals How His Father Died

It “led to hundreds of thousands of tweets and millions of people exposed to this conspiracy,” he said.

The spread of such false information could be harmful to protesters’ efforts, Engler added.

“The protestors have valid grievances and their message is most effective when communicated honestly,” he said.

“When that message becomes muddled by claims that turn out to be untrue, such as the case with #DCBlackout, observers who are on the fence may be put off.”

Brooking made a similar point, saying that disinformation “does not have a political affiliation and hurts everyone. In this case, however, it hurts the side of the protesters more.”

“Protesters are reliant on the support of the public, which false claims can erode.”