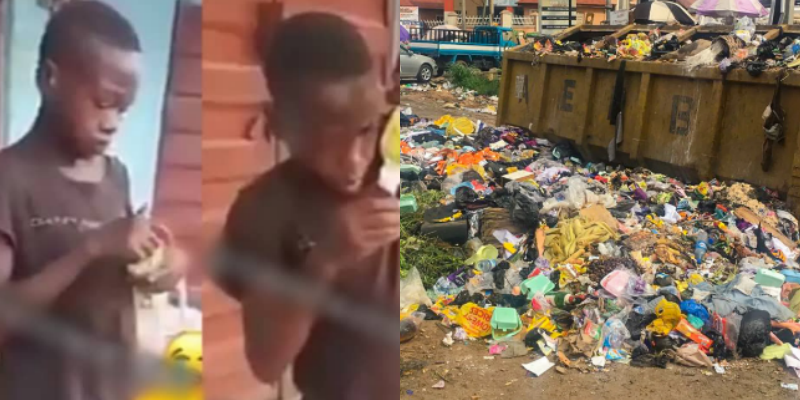 A young Nigerian boy has narrated heart breaking reasons why he picks food from the dust bin to passersby who saw him while he was in a desperate hunt to replenish himself .

Some Good Samaritans came to the aid of the young boy after he was seen drinking a left over beverage he saw in a refuse bin.

When the young boy was asked why he was emptying different dustbins in search of food, he replied that there was no food in his house.

He then added that his mother doesn’t have any work at the moment, while his father traveled out of the state.

Speaking further, he also revealed how he picked face masks from the floor to sell to people in order to raise little money to buy food.

Some Nigerians offered him money for food and also bought the face mask he was selling from him.