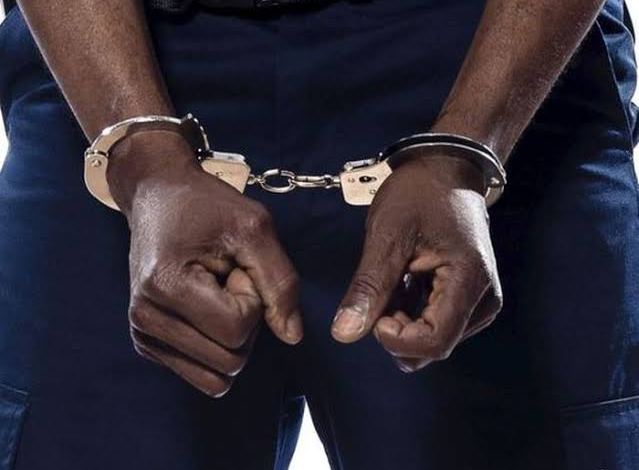 It was gathered that the popular cleric was apprehended on Friday, June 5.

The Warri Area Commander of the Nigeria Police, ACP Mohammed Muktar Garba, in an interview with newsmen confirmed the arrest.

He said the cleric was arrested following a complaint by the mother of the victim at his office.

ACP Garba noted that the mother of the victim is a member of the church where her daughter was allegedly raped by the said Bishop.

According to ACP Garba,” She said the pastor had a dream that death was hovering in their house and for peace to reign, she should bring her daughter, Miracle for prayers (deliverance).

“The woman brought the lady to the church pastor. I think what really happened is that the pastor drugged that lady and raped her. I personally took the lady to the hospital because she was in a coma for two(2) days.

“We have the pictures. We have examined the victim. I took her to the doctor. He has examined her private parts, and we have everything to charge this man to court.”

ACP Garba also denied allegations of collecting money from the suspect to release him or cover up the matter.

In a swift reaction, the suspect, Bishop Elijah Orhonigbe denied the allegations leveled against him.

The cleric who spoke with newsmen on his way out of the Police Station to court said, “I did not rape her.”

According to Bishop Orhonigbe, “She came to church on that faithful day, the 20th of May. The mother brought her to the church for deliverance and I prayed for her in front of the altar in the presence of three people. Immediately after the prayer, she left the church. That was around to 12. She came back 5 ‘o’clock with policemen and some crowd, saying ‘this is the man.’ I did not rape her.”

Narrating her ordeal before newsmen, the victim, a nineteen-year-old girl (names withheld) said she was a member of the church when she was younger but stopped at a time.

She said the suspect saw a vision and asked her mother to bring her for deliverance.

The victim disclosed that the cleric said she (victim) slept with a suspected internet fraudster (Yahoo Boy) and that they cleaned her up with a handkerchief with an intention to use her for ritual.

The victim claimed that the cleric gave her olive oil to insert in her private part just as he also gave her more to drink before asking her to strip naked and lie down on a mat in the church with the sliding windows and doors closed.

“He started having sex with me through the back. That was all I could remember. There was sperm all over my body. I shouted. He even said I should come again.”

The victim demanded justice saying, “I want to be the last he will do this to.”

Mother of the victim, Mrs. Taye Edema backed the claims of her daughter just as she demanded that justice should prevail on the matter.

“They didn’t give me a dime. I don’t want to collect any money. I want justice.”

A human Rights activist, Comrade Israel Joe insisted that justice must prevail on the matter.

Joe said,”We are fighting against Antichrist not the body of Christ.

“So, we stand for justice. We want justice to be done. Rape is a criminal offence and it has been criminalized by our law and society.

The Delta State Commissioner of Police, CP Mohammed Hafiz Inuwa who confirmed the arrest of the Bishop in Warri said “Yes, I am aware, even though I’m out of the state for official duty. I have been fully briefed by the Area Commander.

”It’s a case of rape in which the bishop drugged the girl and raped her in the name of deliverance.”

Lawyer to the Victim’s family, Prince Clem Ade Omotoye, Esq, condemned the act in all ramifications, saying,”We are ready to follow the matter to its logical conclusion. “