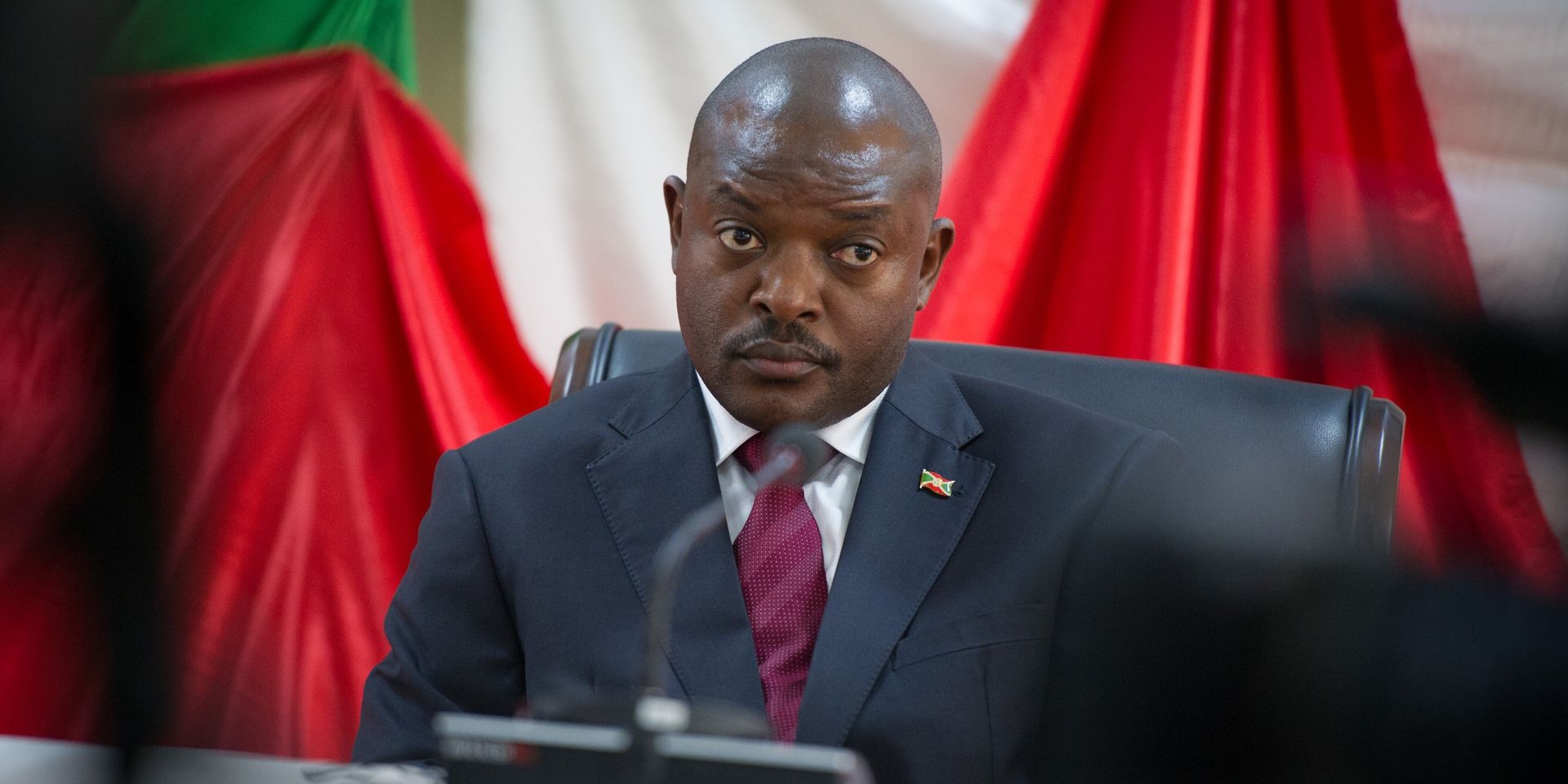 Burundian President Pierre Nkurunziza, who has died of a heart attack aged 55, according to a statement released on Tuesday, oversaw a reign of torture, rape and murder by his security forces that drove hundreds of thousands of people into exile.

He was due to step down in August after his party’s candidate won elections last month, and had been president since 2005.

He came to power at the end of Burundi’s 12-year civil war, which killed 300,000 people and was driven by similar ethnic tensions as the 1994 genocide in neighboring Rwanda, where Hutu extremists slaughtered 800,000 Tutsis and moderate Hutus.

Nkurunziza, a former leader of a Hutu rebel group, was elected by lawmakers after promising peace but oversaw a crackdown on political opponents and the media when he was re-elected five years later.
When he stood for a third time in 2015, opponents said it violated a two-term constitutional limit. His supporters beat, tortured and executed activists, suspected opponents and journalists.

After he foiled an attempted coup, more than 1,000 Burundians were killed in clashes with security forces and more than 400,000 fled abroad. The economy was ruined. Donors cut aid.

In 2018, Burundians voted in a referendum that cleared the way for Nkurunziza to stay in power until 2034. The opposition said ruling party agents accompanied voters into the booths. Many people told Reuters they voted out of fear.

Nkurunziza and his wife began to make the divine origin of the president’s power a central tenet of their speeches. In 2019, he changed the country’s motto from ‘Unity, Labor, Development’ to ‘God, King, Burundi’.

FROM SPORTS COACH TO REBEL LEADER

A former sports teacher at a university, Nkurunziza was a lifelong fitness and football enthusiast and an evangelical Christian.

He lost his father, a civil servant, during mass killings of ethnic Hutus by the majority Tutsi army in 1972. He has frequently spoken about the misery his family suffered after his father’s death.

“We became orphans and led a hard life,” he said. “They (the killers) took all nice stuff from the house, which plunged the family into desolation.”

During the civil war, he fought in the rebel group that became the ruling party, first becoming a minister in a transitional government in 2003 before parliament elected him president in 2005.

A few relatively peaceful years followed. A curfew in place since 1972 was lifted in 2006. Burundian soldiers joined an African Union peacekeeping force in Somalia. The Paris Club group of creditors canceled Burundi’s debt in 2009.

But after the foiled coup in 2015, Nkurunziza became increasingly isolated. He only left Burundi for a single day trip to neighboring Tanzania, which hosts more than 200,000 Burundian refugees.

Nkurunziza’s government rejected reports of its abuses by the United Nations and other international groups.
Burundi quit the International Criminal Court in 2017, the first African nation to do so, after the court said it would investigate violence in the country.

In 2019, declaring it had made sufficient progress in human rights, the government forced the United Nations to shut its local human rights office after 23 years. Schoolgirls who defaced the president’s portrait were arrested. The same year, a U.N. report documented abuses by the security forces and youth wing of the ruling party.

“Bodies are regularly found in public places … many people disappear,” the report said, noting rape by ruling party activists was common. “Some of these rapes were committed at night in victims’ homes, in front of their children.”

After some Western governments suspended budget support to the government, Burundi forced all citizens to pay mandatory public “contributions” to state coffers from 2016 to mid 2019.

The government blamed the economic crisis, which caused crippling shortages of medicine and fuel, on currency speculators and even donor governments.

Three-quarters of the population live in poverty and life expectancy is around 57 years, according the World Bank, a decade lower than Rwanda.