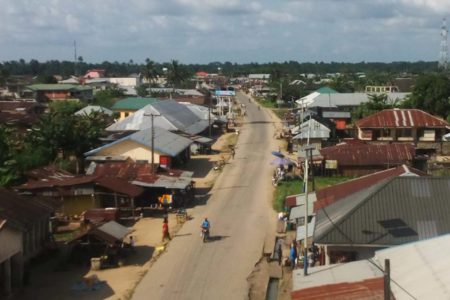 Trouble is brewing in Delta state between the Ijaws and Itsekiris over ownership of a popular market.

Tension is brewing between Ijaw and Itsekiri communities in Delta State over the ownership of the popular Ogbe-Ijoh Market in Warri, Warri South Local Government Area, Punch has reported.

As a result, the Ijaw People’s Development Initiative has petitioned the state governor, Ifeanyi Okowa, to clarify the issue of the ownership of the Market.

“The governor of Delta State, Ifeanyi Okowa, must act now as the Itsekiri conspiracy is a threat to the existing peace in the state,” the IPDI stated in the petition signed by its spokesman, Mayor Timi Ogobiri, on Sunday.

The IPDI faulted a claim by the Itsekiri group, through the Movement for the Protection of Iwere Homeland, Development and History, who recently claimed ownership of Ogbe-Ijoh Market in a publication.

The IPDI described the claim by the Itsekiris as “misguided and meant to mislead the general public.”

The group said, “Ijaws are Itsekiri maternal parents and the Iwere group or Dore Numa was a stranger in Warri. We want to state unequivocally that Ogbe-Ijoh market belongs to Ogbe-Ijoh people and not owned by Dore Numa who was abducted from Benin River to Warri by the Royal Niger Company to do some menial jobs.

“The claims of the uninformed should be disregarded as they were false, only meant to mislead members of the public

“The governor of Delta State, Ifeanyi Okowa must act now as the Itsekiri conspiracy is a threat to the existing peace in the state.

READ  Lagos State Police arrest primary school dropout who has practiced as a medical doctor for 4 years
Share this Post[?]