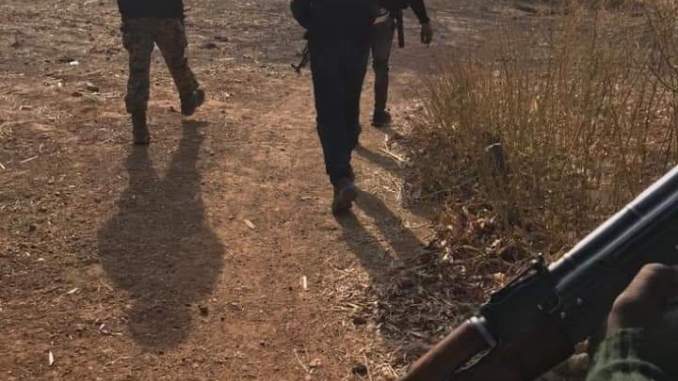 Residents of Ikoyi who spoke under anonymity said trouble started between the two groups on Sunday, when two members of the rival groups had a disagreement.

A resident said, “The two men fought on Sunday at the playground of CAC Primary School, Ikoyi.”

According to report, Ogunjinmi allegedly mobilised members of the OPC and attacked those of OPCI at their base at Asalu Junction later in the day after the earlier fight.

The two groups, it was further learnt, also mobilised men from Ikire, Apomu and other neighboring towns and used weapons during clashes that occurred in different parts of Ikoyi and lasted till early Monday.

“Cutlasses and many weapons were freely used by members of the two groups. Many people were injured,” an eyewitness said.

The Osun State Coordinator of OPC, Prince Deji Aladesawe, said Akerele, who was called the leader of OPC in the area, had been expelled from the group since year 2015, urging security agents to fish out the perpetrators.

The Police Public Relations Officer for the Osun command, Yemisi Opalola, said three persons were injured while one life was lost during the clashes.

Opalola said, “Around 6pm on Sunday, there was a clash between OPC and a breakaway faction called OPCI in Ikoyi. Four persons; Niyi Odewale, Tajudeen Adebayo, Oyeniran Ajagbe and Bolaji Owolewa were injured and rushed to Oluyoro Catholic Hospital, Apomu.

“Owolewa later gave up the ghost and his corpse has been deposited in the morgue of the hospital. Normalcy had been restored to the area.”