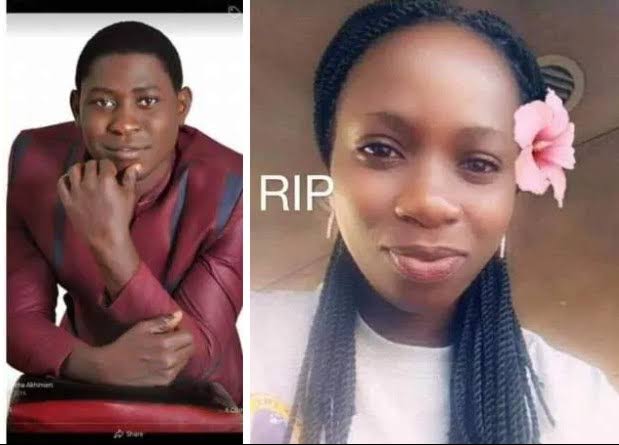 A 300 level student of Ambrose Alli University, Ekpoma, simply identified as Gift Imoluamen has reportedly died during abortion after a pastor impregnated her.

The deceased was a 300level student of political science, Faculty of Social Sciences.

She was said to have been impregnated by a Pastor in Ekpoma known as Pastor. Emma Akhime of House of Levite Chapel.

A source at Ekpoma disclosed that “Gift Imoluamen who was a 300 level student studying Political Science in the faculty of social sciences, when discovered that she was pregnant, she informed her Pastor and in order to cover up for the shame, they both agreed to terminate the pregnancy and which after the abortion was carried out, she died of the complications.

The source further said that the pastor has fled his home to evade arrest. Also a news platform in her school confirmed the incident.

Following the sad incident, it was reported that the family of the deceased has been thrown into sadness.

Meanwhile, as at the time of filing this report, the Management of Ambrose Alli University, Ekpoma was yet to issue a statement as regarding the reported.