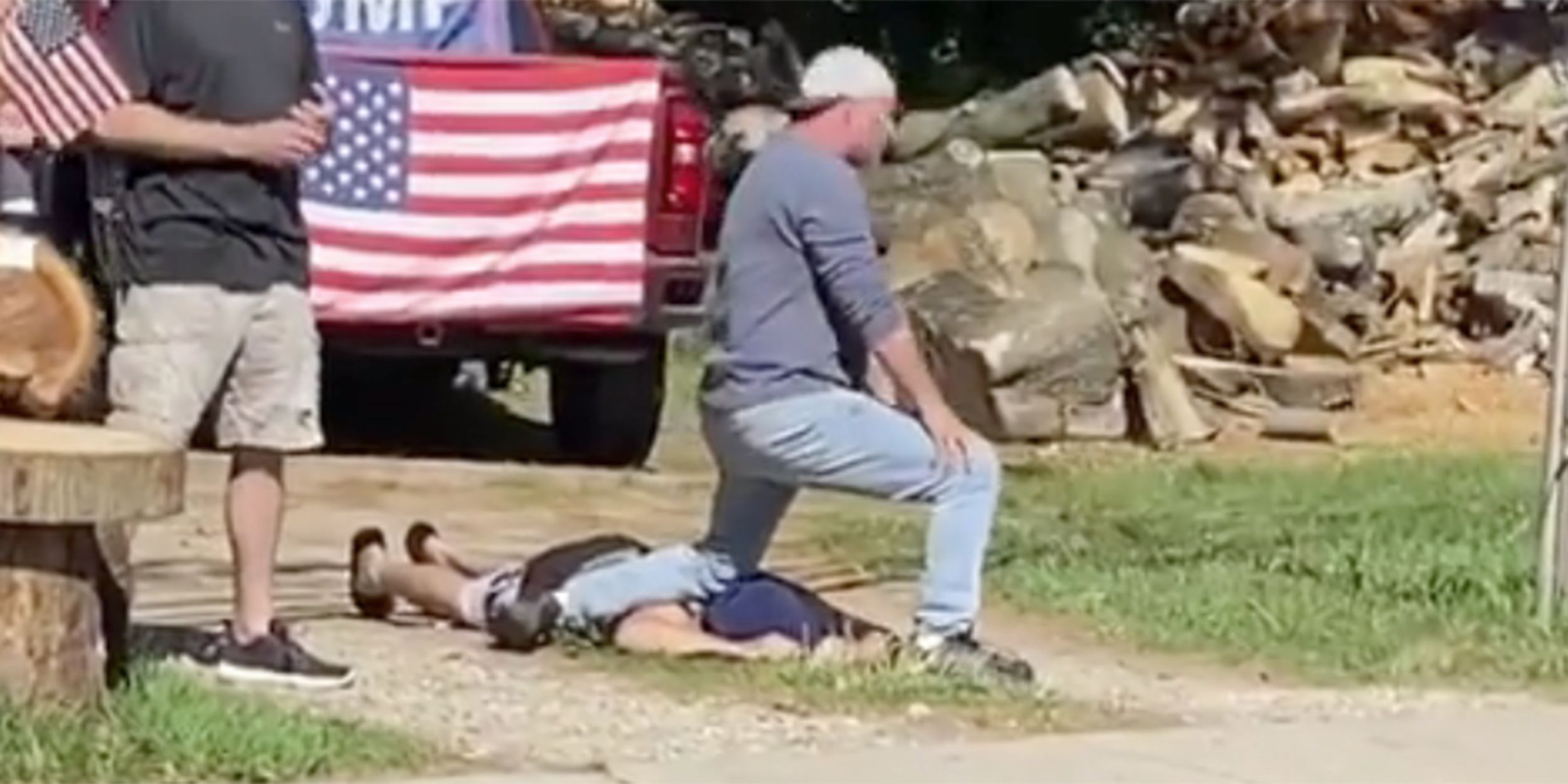 A New Jersey corrections officer has been suspended and a FedEx worker fired after a video showed the two men, who are both white, mocking George Floyd’s death at a protest.

As Black Lives Matters protesters marched in Franklin Township, a town of about 16,400 in South Jersey, on Monday, they were met by a small group of white counterprotesters who displayed a Trump 2020 flag, an “all lives matter” sign and a “thin blue line” flag. Video shows one of the men laying face down on the ground with another man’s knee on his neck, recreating the way George Floyd, a black man, was pinned down by a white Minneapolis police officer, Derek Chauvin, prior to his death in custody.

“It automatically brought me to tears,” Daryan Fennal, a local organizer of the protest, told NBC Philadelphia. “The display yesterday showed me that racism is real, racism is alive, it’s right next door to you.”

Video posted on social media shows one of the men, whose names have not been released, shouting, “Comply with the cops and this wouldn’t happen.”

In response to the incident, the New Jersey Department of Corrections revealed that one of the counterprotesters mocking Floyd was an employee.

“We have been made aware that one of our officers participated in the filming of a hateful and disappointing video that mocked the killing of George Floyd,” the department said in a statement posted on social media. “The individual has been suspended and banned from NJDOC facilities pending a thorough and expedited investigation.”

FedEx said the other person involved in the incident was one of their employees who has since been fired.

“We do not tolerate the kind of appalling and offensive behavior depicted in this video,” the company said in a statement to NBC News on Wednesday. “The individual involved is no longer employed by FedEx.”

“Mocking George Floyd’s murder in effort to belittle the calls for justice from our Black and Brown communities is repugnant,” the governor said on Twitter. “We won’t let the actions of a few distract from our progress toward dismantling systemic racism.