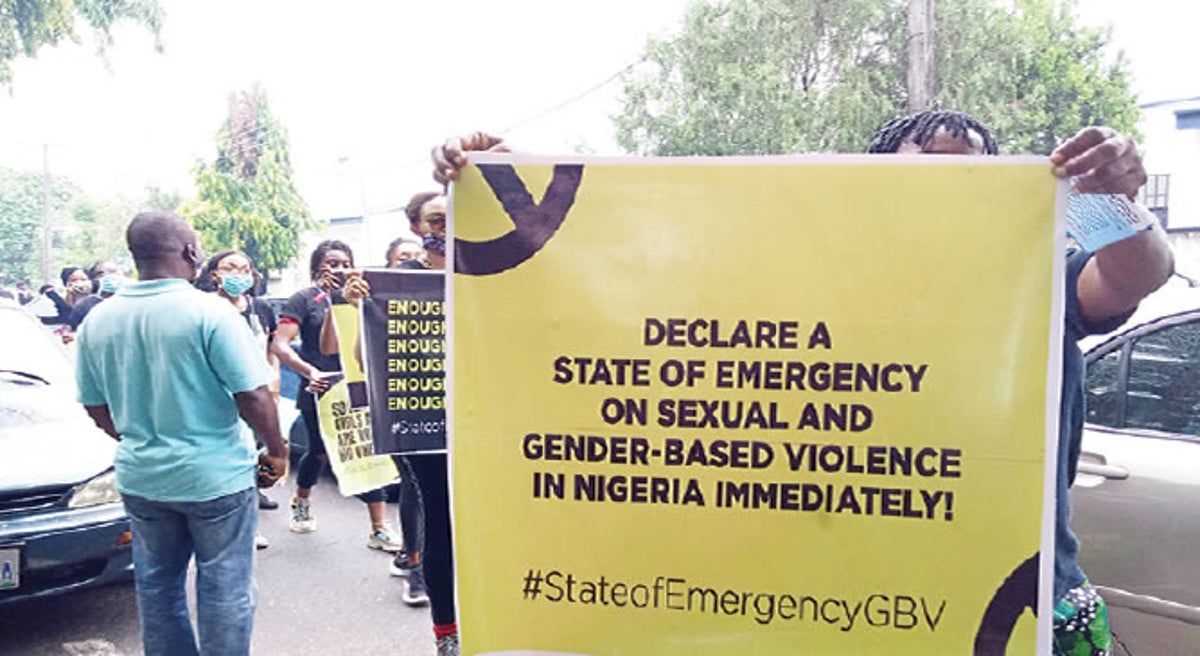 Over 500 women took to the streets of Calabar, on Tuesday, during a rally against rape and called for stiffer penalties against rapists to serve as a deterrent to others.

Accompanied by some men, the women, who wore black clothes, carried placards with different inscriptions such as, ‘Say no to rape’ and ‘Prosecute rapists’, among others.

The Gender and Action Development representative, Francisca Effiom, said the rally was to draw attention to the growing incidences of rape and call on the government to amend existing laws to mete out stiffer penalties to convicted rapists.

Effiom, who is the Project Coordinator for the Women Voices Leadership Project under the ActionAid Global Affairs, Canada, said, “We organised this rally to say stop rape. Rape has become an issue that needs to be addressed and it has taken a very serious and dangerous dimension in the society.

“We are urging the government to look at the existing laws and policies, and review them to put an end to this menace. The policies need to be strengthened and the laws reviewed so that rape will stop in our society.”

She urged more men to speak out against rape and join in the upbringing of their children, especially the boy child, noting, “We need the support of the men; they should talk to their children at home and parents must live up to their responsibility to stop rape”.

A lawyer, who took part in the rally, Roseline Inametti, condemned the increasing cases of rape across the country in the wake of the COVID-19 pandemic.

Inametti stated, “In the past three months of COVID-19, the cases we have been having are cases of rape. We have received more than 100 cases at the Ministry of Justice. A six-month-old baby has been raped; a four-year-old has been raped, just like Amina, who was raped by 11 men. Rape has been on the rise and only God knows when it will end.

“What we want the government to do is to change the laws. We do not just want to prosecute the rapists, because most of the time they want the matter settled and that is all about it. No, that is not working. We need stiffer penalties that the rapists will not be able to wriggle out of.

“The laws should protect the children, the female and male child, and protect the women. We do not need violence and we must all say no to rape. Our wearing of mini-skirts does not mean ‘yes’. No means no. If possible, we are seeking the death penalty to stop rape.”

Top female politician and Nigeria’s former Ambassador to Ethiopia, Nkoyo Toyo, civil society groups and men were among the participants at the rally.