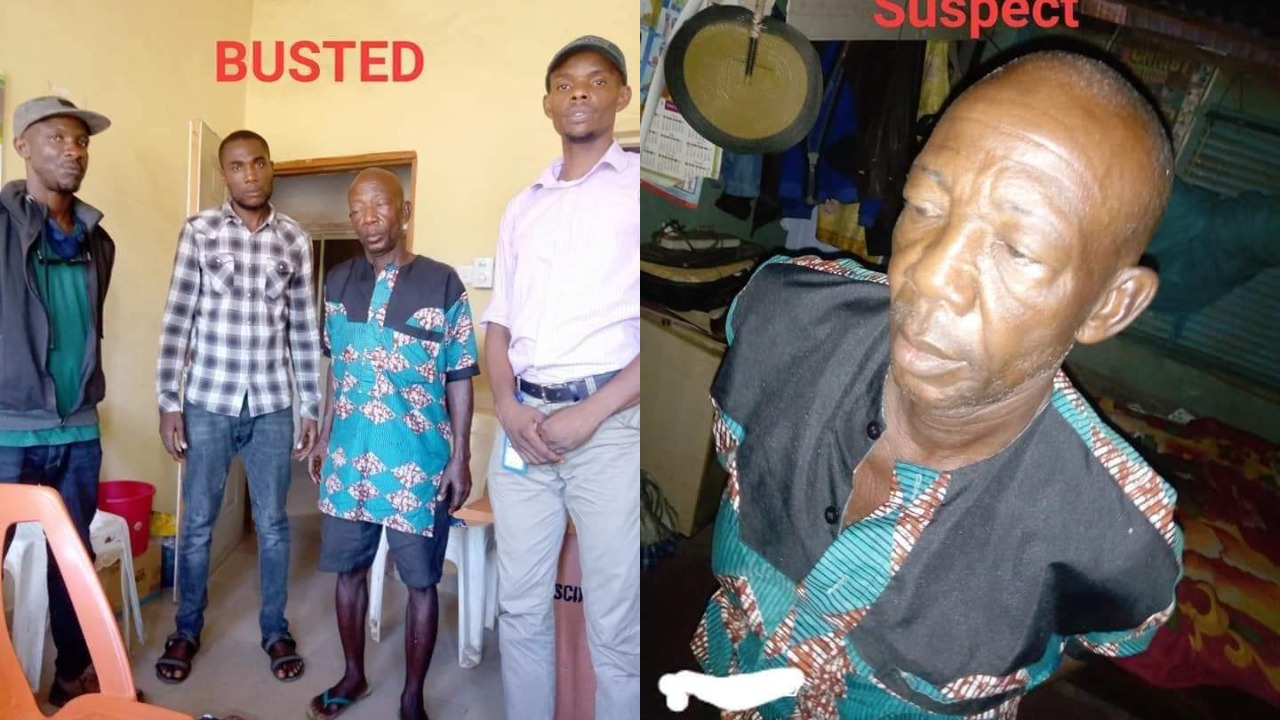 An alleged serial paedophile accused of raping 4 girls in Imo has admitted to raping one of the girls, claiming it only happened once.

A elderly man who has been accused of raping “more than 4 girls below 10”, admitted in a video to raping one of the girls but says it happened only once.

The man made this admission while activist Kenneth Nwaka was questioning him. Nwaka promised to help him if he tells the truth so the man opened up, claiming he had sexual relations with the 10-year-old girl once.

The girl, who was allegedly raped by the elderly man is reportedly battling an infection as a result of the sexual assault.

The alleged rapist was handed over to the NSCDC and the case will be transferred to Enugu for prosecution by NAPTIP, Nwaka said.