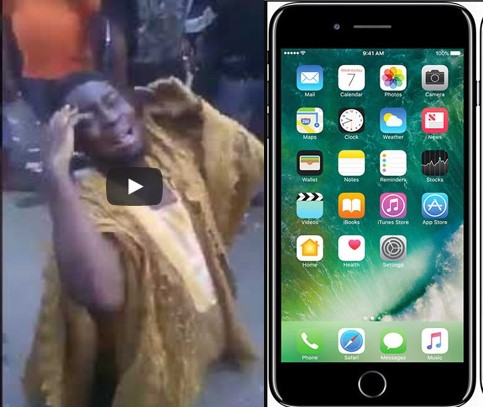 A Nigerian man has been spotted wailing uncontrollably after fraudsters sold him fufu as iPhone.

A man has lost N20,000 to fraudsters at Computer Village, Lagos after he bought what he thought was a cheap iphone 7+.

It was gathered that the man was sold a packaged cassava instead of Iphone 7+ he had wanted causing him to wail uncontrollably.

However, the people at the scene instead of having pity on him, blamed him for falling for the scam as such a phone can never be bought for such a give away price.